In Enemy Territory: A view to a sweep

We were on the scene for Game 3 of the Mets-Nationals series, taking in the ambience of teams headed in opposite directions in this crucial matchup.

Share All sharing options for: In Enemy Territory: A view to a sweep

Stephen Strasburg left, and the stadium announcer told us all that Drew Storen was entering the game.

The crowd erupted in boos, jeers, and curses. 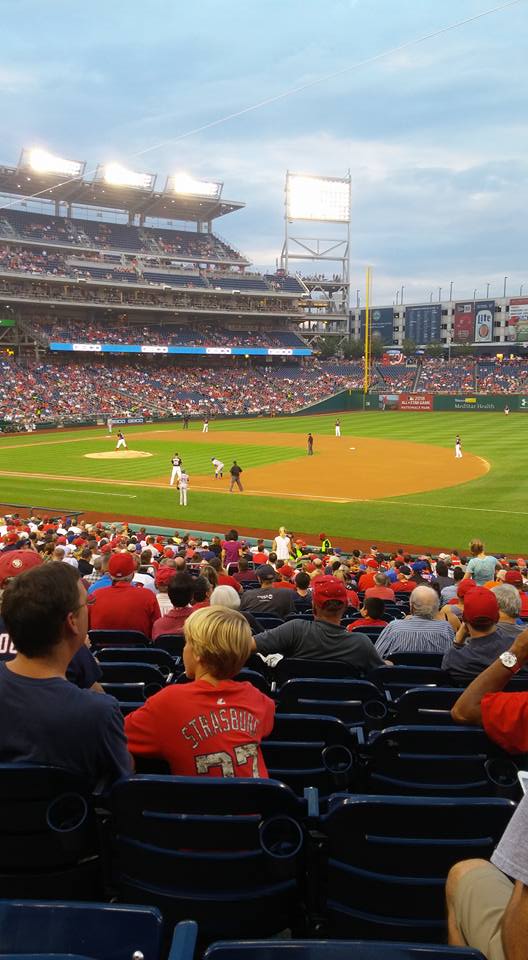 "That’s it, the game’s over," said one Nationals fan in section 132. "Every time we come here, and he comes in, we lose! Why do we keep pitching this loser?"

"Don’t we have anyone else?" asked a third. "This guy pitches every day, and we keep losing. His arm is gonna fall off on the field."

Of course, Yoenis Cespedes was coming to the plate. The Nationals had already surrendered (another) big, late-inning pinch-hit home run (this one just to tie it). Before the fans could even get over their incredulity at Storen coming onto the field again—he’s made six appearances in nine days this month—the game-winning two-run bomb was in the air.

The first seven frames of this game were a fantastic pitchers' duel. Both guys were sharp, and both drew applause from both sets of fans when they left the game. However, the air of inevitability was palpable in Nationals Park when Storen came in. In fact, it was noticeable even before that, when Stephen Strasburg was busy throttling the life out of a potent Mets lineup. "Wait until the seventh [inning]," the fans kept saying.

In fact, when Travis d’Arnaud singled with two outs in that frame, the Nationals fans collectively quieted down, and the Mets fans in attendance (maybe 30% of the crowd) started making some noise. When Strasburg blew away Michael Conforto, the Nats fans breathed deep sighs of relief, and Mets fans started making variations on "there’s still the eighth, and our pinch hitters" cracks.

The dénouement of this game had that same predestined feel. Nats fans (again) streamed for the exits after Cespedes’s gut shot, and Mets fans made a joyful noise unto the baseball gods. Truly, they are smiling on this team now. May their favor continue.