The Mets have owned the Phillies this season but tonight belonged to the Philth.

There was a point in tonight's game where it looked like the Mets were poised for yet another come-from-behind win. Then Terry Collins called Bobby Parnell from the bullpen with the Mets down 6-4 to start the sixth inning.

Millions of Mets fans suddenly cried out in terror, "Why go to Parnell in a close game?!" With Sean Gilmartin, Addison Reed, and Erik Goeddel available, why bring in a guy with more walks than strikeouts on the season? The millions of Mets fans were prophetic, as Parnell walked the first two batters of the inning and committed a throwing error when the third batter attempted a sacrifice bunt. He departed, but things continued to fall apart. Eric O'Flaherty and Carlos Torres followed Parnell, and the trio combined to allow a whopping eight runs in the frame to put the game out of reach. 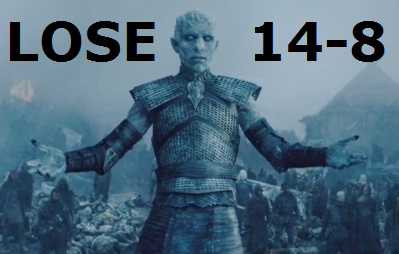 Collins's decision to bring in Parnell was terrible. A two-run deficit is nothing for the Mets these days, and there were several better, well-rested options in the bullpen. Gilmartin in particular would have been a great choice. He's been tremendous. Unfortunately, Parnell got the nod. Perhaps this meltdown means no more high-leverage work for the long-time Met. That would be something positive to result from this game. Now, the Mets still have a sizable lead in the NL East, so maybe this harrumphing about Collins is a bit histrionic. Jon Heyman, your thoughts?

Okay, okay, you win, Jon. But if Collins costs the Mets somewhere down the line with obvious bullpen buffoonery, remember the outrage from tonight!

Some bullet notes from a game that had more than just bad pitching changes:

The Nationals bullpen endured another meltdown and the Cardinals rallied to beat them 8-5. The Mets remain 6.5 games up in the NL East. The rubber game of the Mets-Phillies series is Wednesday at 7:10 pm, with a pitching matchup of Matt Harvey vs Aaron Nola. My money is on the good guys. 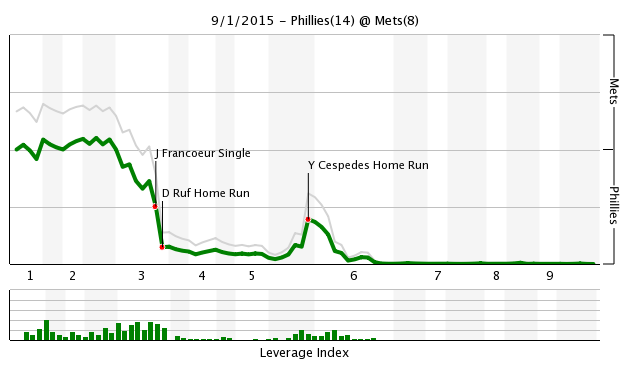