Early on in 2014, around when Jacob deGrom first made his way into our hearts, I posted a tribute to both our favorite team and (for the nerdiest among us) a card game many of us once still love. Rather than thinking of something new and inventive - I decided to recycle that idea; I figured that strategy worked so well for US car companies in the 90's, the same would hold true for a fanpost on AA.

Disclaimer: I realize the mana cost, abilities, and attributes make absolutely no sense together. The power and toughness is mostly arbitrary (see if you can figure out some hidden meanings!) and the abilities are there because I made the damn thing and I am entitled to at least that much. Also - I realize I didn't put an edition on these cards. Somewhat of an oversight, though I might go back and fix that.

I focused this post on the projected opening day line-up and our six starters. It pained me not to include guys like Wilmer Flores, Jeurys Familia, Ruben Tejeda, and Juan Lagares... but there is only so much time I can dedicate to anonymous work posted on the internet. I highly encourage the community to create your own in the comments section! 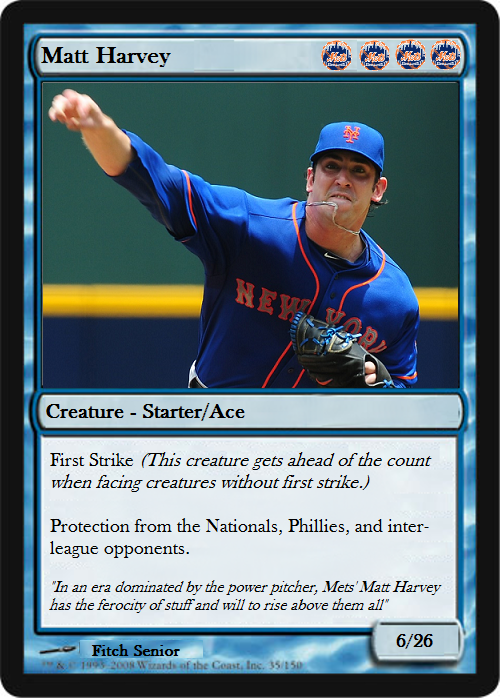 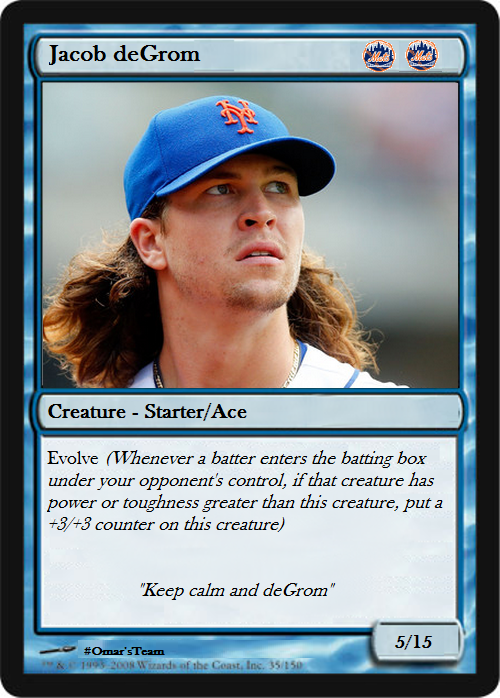 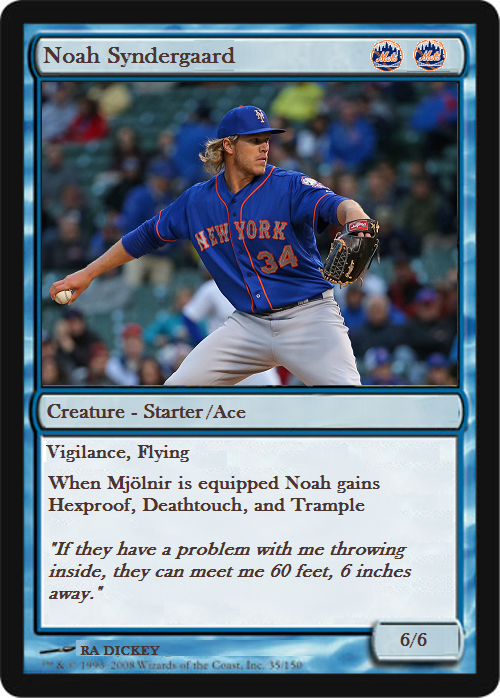 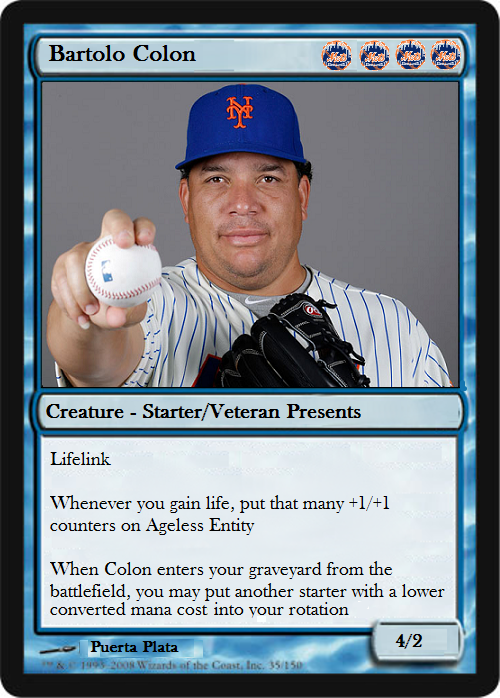 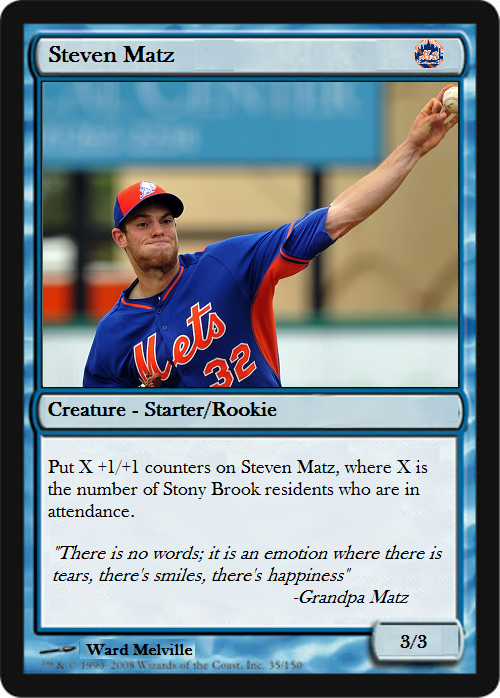 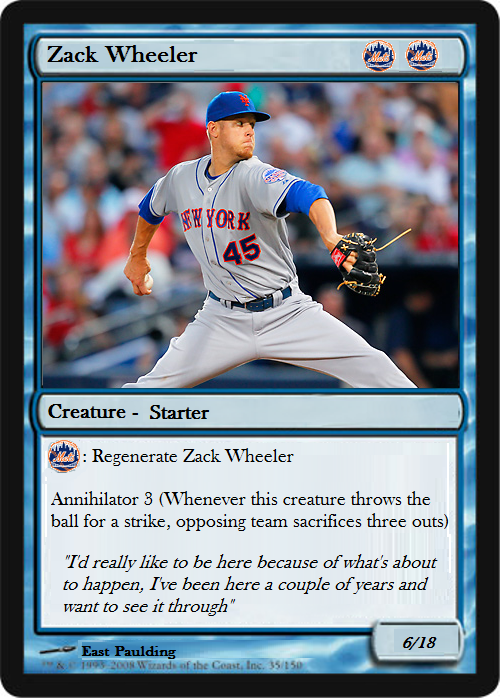 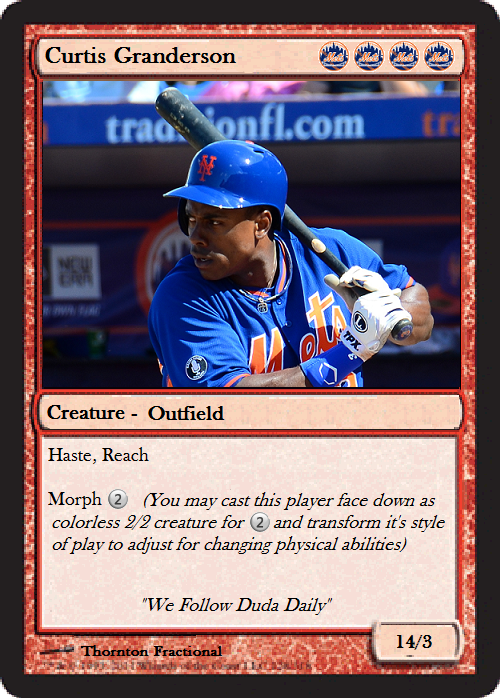 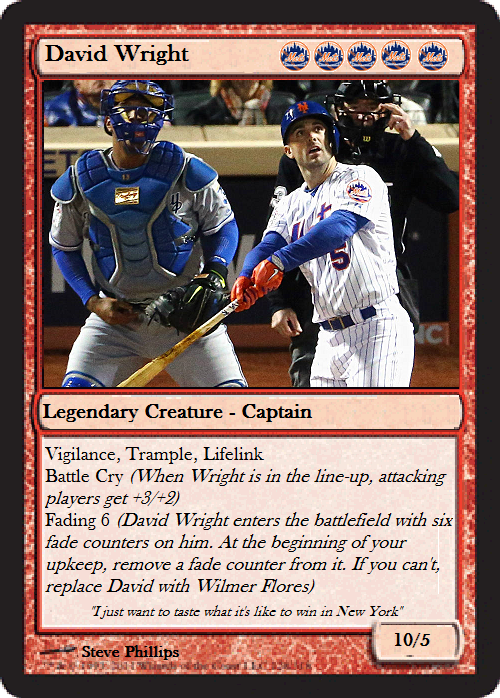 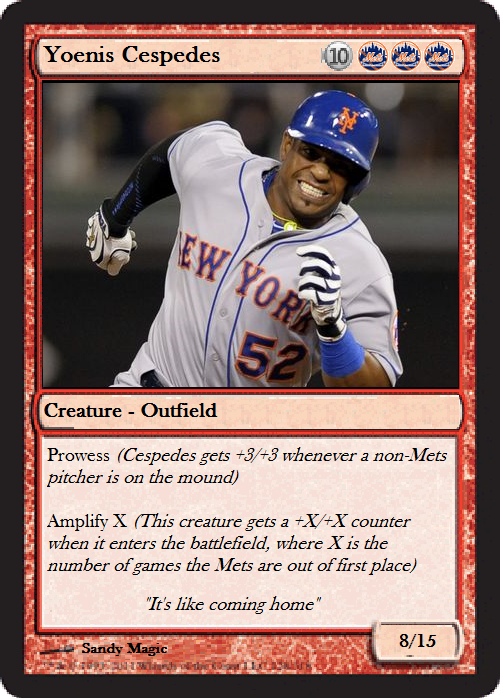 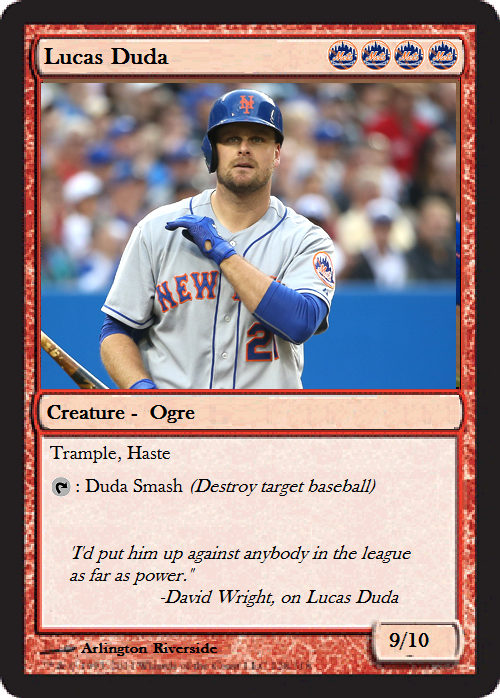 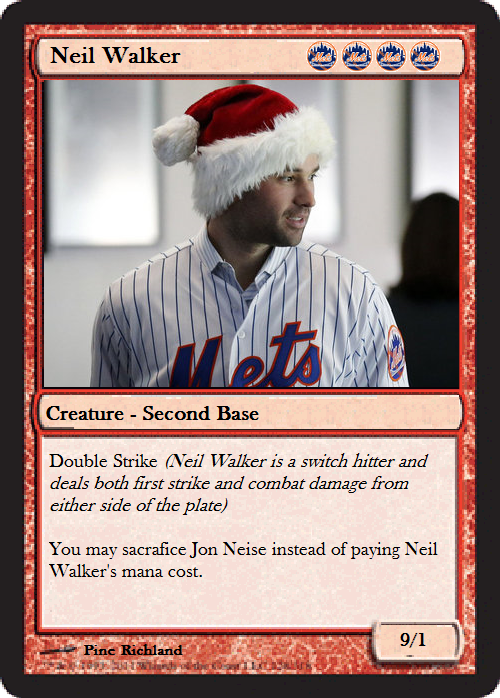 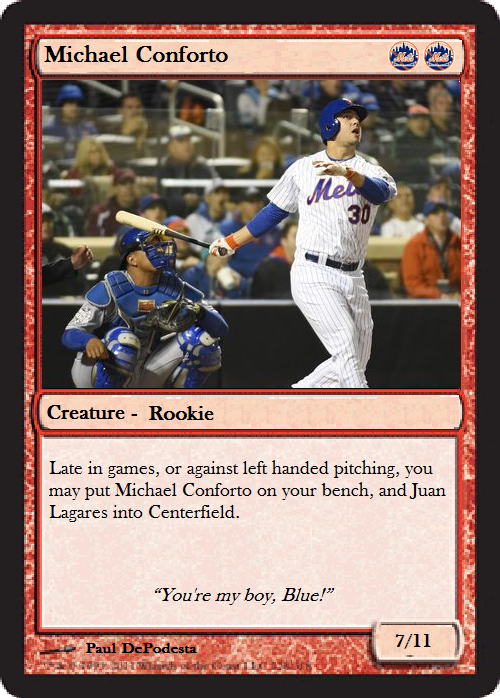 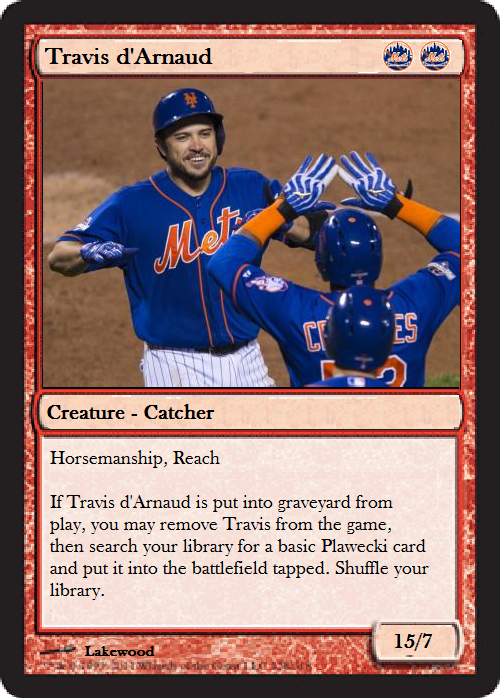 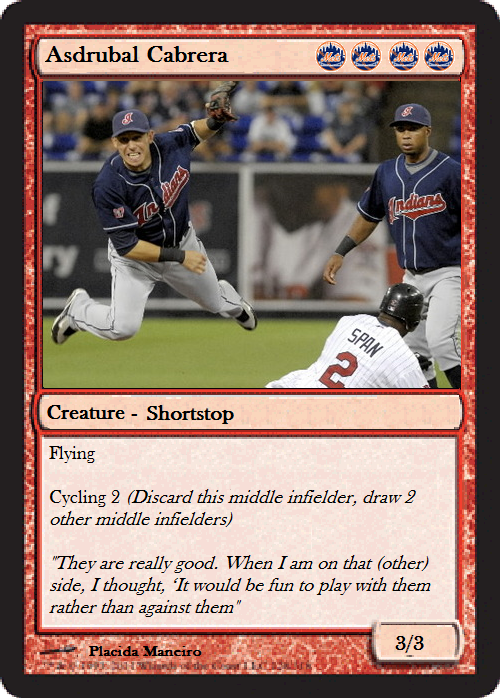 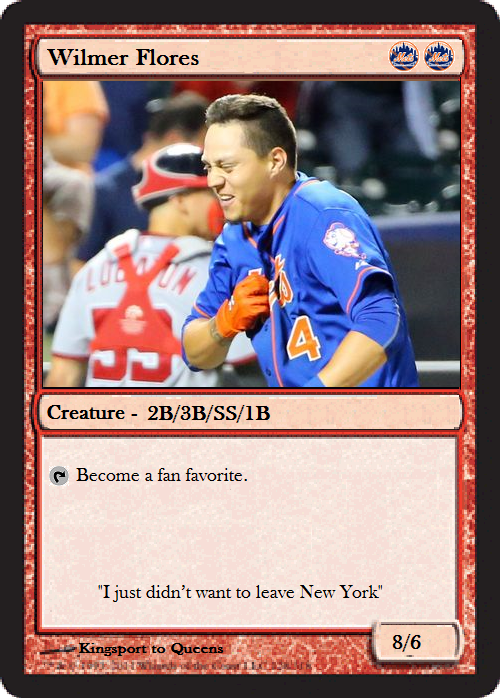 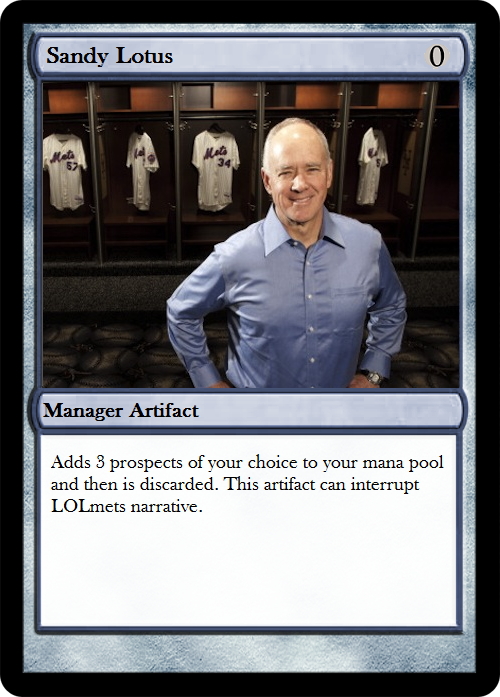 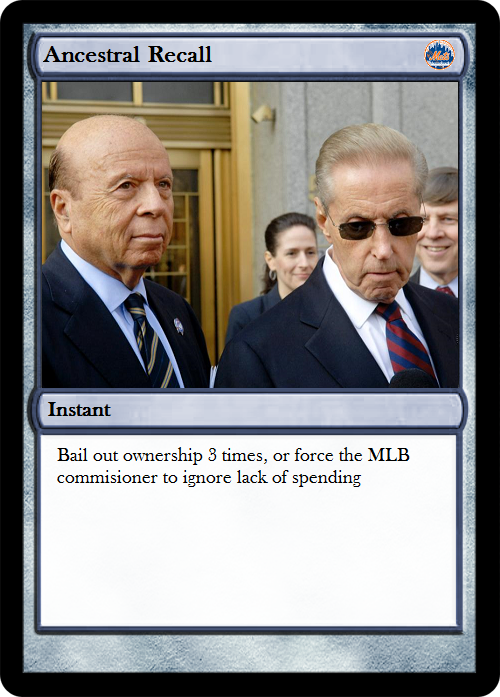 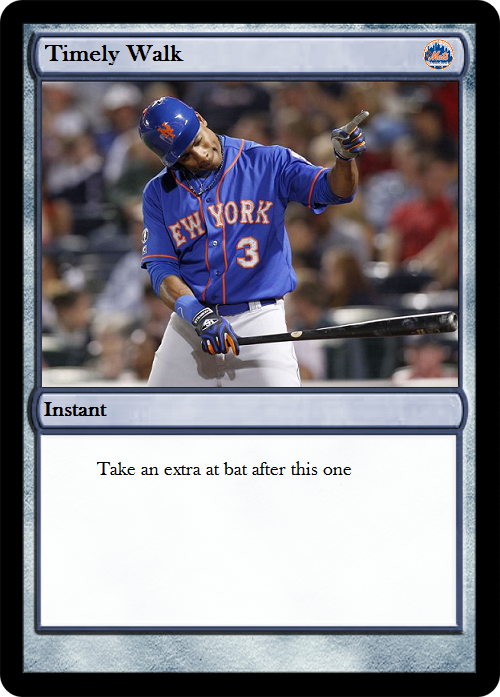 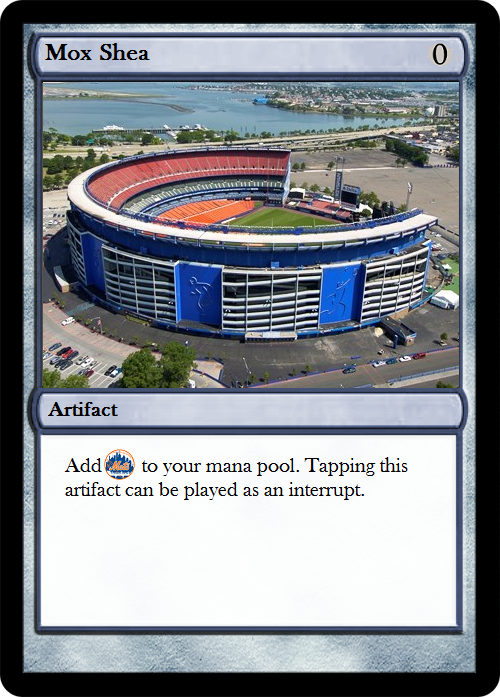 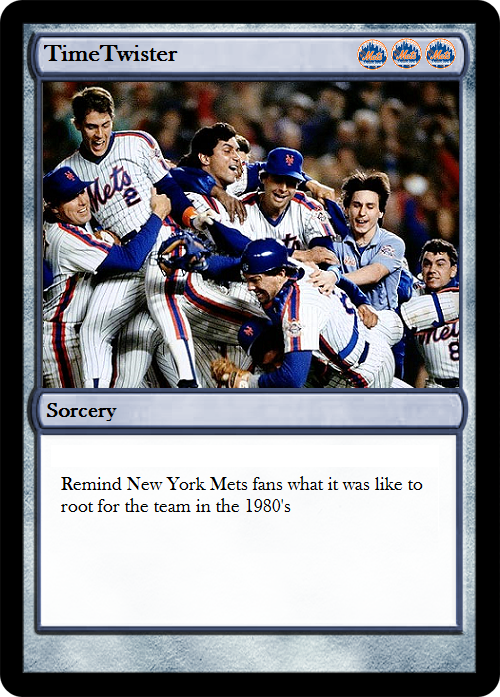