Terry Collins kept his starting pitchers on a very short leash in 2015. He can afford to loosen it a bit this year.

Share All sharing options for: Mets starting pitchers should throw more pitches in 2016

The 2016 Mets are a team built on starting pitching. With Noah Syndergaard and Steven Matz entering their first full big league seasons, Matt Harvey starting his second removed from Tommy John surgery, and Zack Wheeler returning from the surgery himself, it will be interesting to see how hard the Mets push their young starters in 2016.

Last year, Terry Collins was very conservative in the way he managed his starting pitchers, both young and old. While it’s wise to keep pitch counts under control, the Mets should be able to get more out of their starters than they did in 2015 without risking those starters’ long-term health.

At first glance, it may appear that the Mets worked their starters awfully hard last year. After all, Mets starters ranked second in all of baseball in both innings pitched and batters faced. Interestingly, though, Mets starters were just fourteenth in pitches thrown.

The second reason for the Mets’ low pitch count is that Collins was very aggressive about pulling his starters after 100 pitches. As you can see from the chart below, Mets starters reached 100 pitches per start relatively few times. Of the 120 games started by pitchers who will begin the 2016 season in the Mets’ rotation, fewer than half ended in 100-pitch performances. Somewhat incredibly, Mets starters reached 110 pitches just seven times in those 120 games.

It’s understandable that, in the age of the seemingly daily Tommy John surgery, the Mets are mindful of pitch counts. But it’s clear that Mets starters can go at least a bit deeper into games without risking their health in any meaningful way.

Rany Jazayerli of Baseball Prospectus wrote several articles on pitch counts and how to avoid arm fatigue. Jazayerli found that, roughly, a pitcher’s first 100 pitches cause minimal stress, pitches 101-119 cause low-to-moderate stress, and pitches 120 and above cause high stress—obviously the stress level of each pitch can be affected by other factors, such as the playing conditions and the action on the field. Given that Mets starters hovered around 100 pitches last year, it’s safe to say that the team would not jeopardize its starters’ health by pushing them an extra five-to-ten pitches per start. 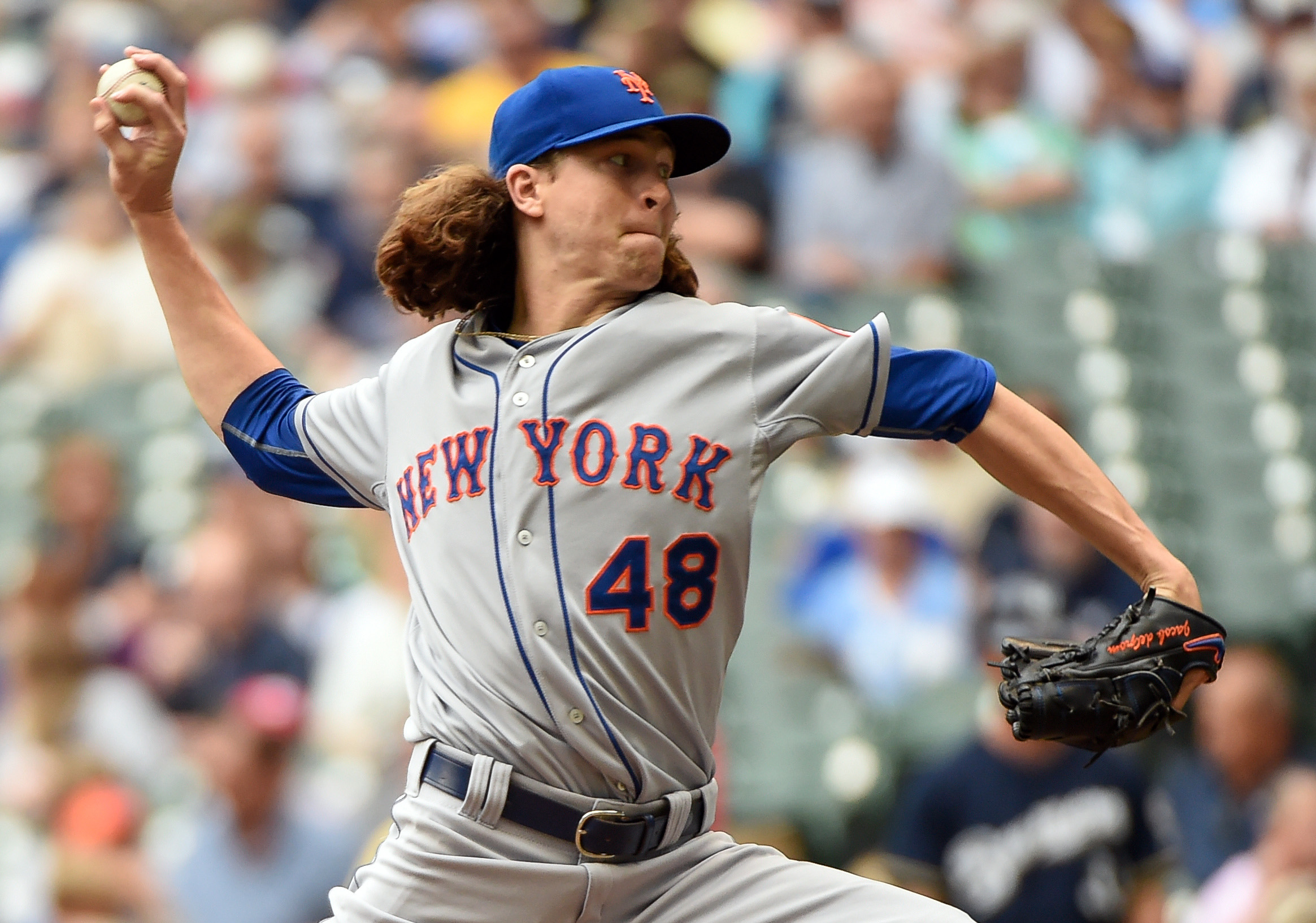 Considering that his starters have, for the most part, been less effective after 100 pitches, Collins was right to give them a short leash once they hit that mark. He was also right to use pitches thrown, rather than innings pitched, as his barometer for measuring arm stress. After all, it’s far less stressful to throw 80 pitches over eight innings than it is to throw 120 pitches over five innings, and Collins managed according to that principle.

All of that said, the Mets should be able to push the envelope a bit more with their starters. If Harvey and deGrom each make around 30 starts, they should both be able to throw at least 200 innings. Neither hit that mark last year. The same goes for Syndergaard and Matz, neither of whom would have hit 200 innings in 30 starts at the rate at which they went in 2015.

It would make all the sense in the world for a team like the Yankees, who have mediocre starting pitching and an excellent bullpen, to be extremely aggressive in pulling their starters. For the Mets, not so much. Instead of Dellin Betances, Andrew Miller, and Aroldis Chapman, the Mets have Antonio Bastardo, Addison Reed, and Jeurys Familia sitting at the back end of their bullpen.

Many will point to Collins’s decision to let Harvey pitch the ninth inning of Game 5 of the World Series as evidence that the manager paid too much deference to his starting pitchers. It’s worth noting, however, that his decision in that game wasn't the norm for Collins—and that he could have minimized the damage by pulling Harvey after he walked Lorenzo Cain to lead off the inning.

That game notwithstanding, Collins was very conservative with his starters’ pitch counts in 2015. With the caliber of starting pitching the Mets will be running out on a daily basis this year, it may be worth loosening the leash on those starters and at least giving them the opportunity to get a few more outs.