For those that missed it, this is a slightly shorter follow up to Part I, where spring training records and the Mets pitching staff were extrapolated over an 162 game season.

It has definitely been a rough stretch for our heroes. Awkward scheduling aside, losing a series to the Philadelphia Phillies in 2016 is one brutal way to start of the season. Panic City references were abound and the worry is not necessarily without merit. Small sample size and all that, but the offense has been the worst and Harvey has had two up and down starts. Also the Mets are on pace to lose 97 games and that won't change until at least 10 o'clock tonight.

One might hope that a piece like this would reassure fans of the Mets greatness and of small sample sizes' futility. In a way, it does. But in another way, the Mets are on a closer pace to this nightmare scenario than they are to more "realistic" outcomes. Who's the real sabermagician now? 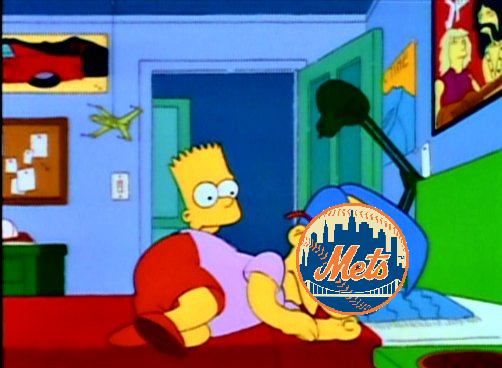 I made the gif after Noah Syndergaard's brilliant performance on Friday, but I feel the second picture is much more relevant to the current emotional climate of the fanbase

As you may recall from Part I, this is not an analysis of realistic outcomes and likely projections. Instead, this is a world where spring training statistics mean everything and everything else means nothing. Forget your peacoats and your zippers. Take your steamers and flush them down the toilet. Everything you thought you knew about sample size and sabermegatronics is dead and gone. As are, most likely, many of the Mets top contributors.

This is why Philadelphia sports are being punished

If you have no clue what "The ProcessTM" is and/or the above just confused you, know that the methodology used in this piece is flawed.

Yet, the quality of spring training performance should, at most, be a reflection of the quality of depth a team has on its 40-man roster and AAA level. There are too many things being done differently than the regular season.

Ah yes, the extremity of excessive extrapolation. That is both an excellent description of this experiment and also what I should have titled it in the first place. Its a lot of fun. For example, in this edition we look at the offense and defense of the 2016 New York Mets and see the emergence of Travis Tajieron as a dominant bat and legitimate rookie of the year contender. Oh, and Tony Bernazard returns.

Wow. Another big table! Just like the last one with the pitching statistics, I rounded (somewhat arbitrarily) and cut a category or two. The full data set can be found here.

Why does no one play in more than 125 games? How is there so much overlap between the playing time of Kevin Plawecki and Travis d'Arnaud? Why does Eric Campbell play so many real baseball games in this fake simulation? What did Mets fans do to deserve this? 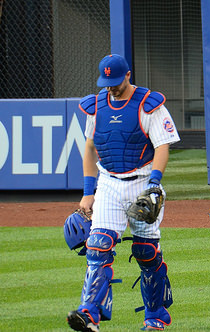 The Mets will now have a bullpen specifically for catchers

Travis Taijeron is moving on to bigger and better things