The Mets brought their thundersticks to Philadelphia and bludgeoned their divisional foes with them.

They say absolute power corrupts absolutely. That expression wasn't meant for baseball, but it may as well have been after the Mets corrupted Vincent Velasquez's dream start to the season by scoring five runs against him and hitting six home runs in the game overall. The Amazins hung 11 runs on the Phillies in total. 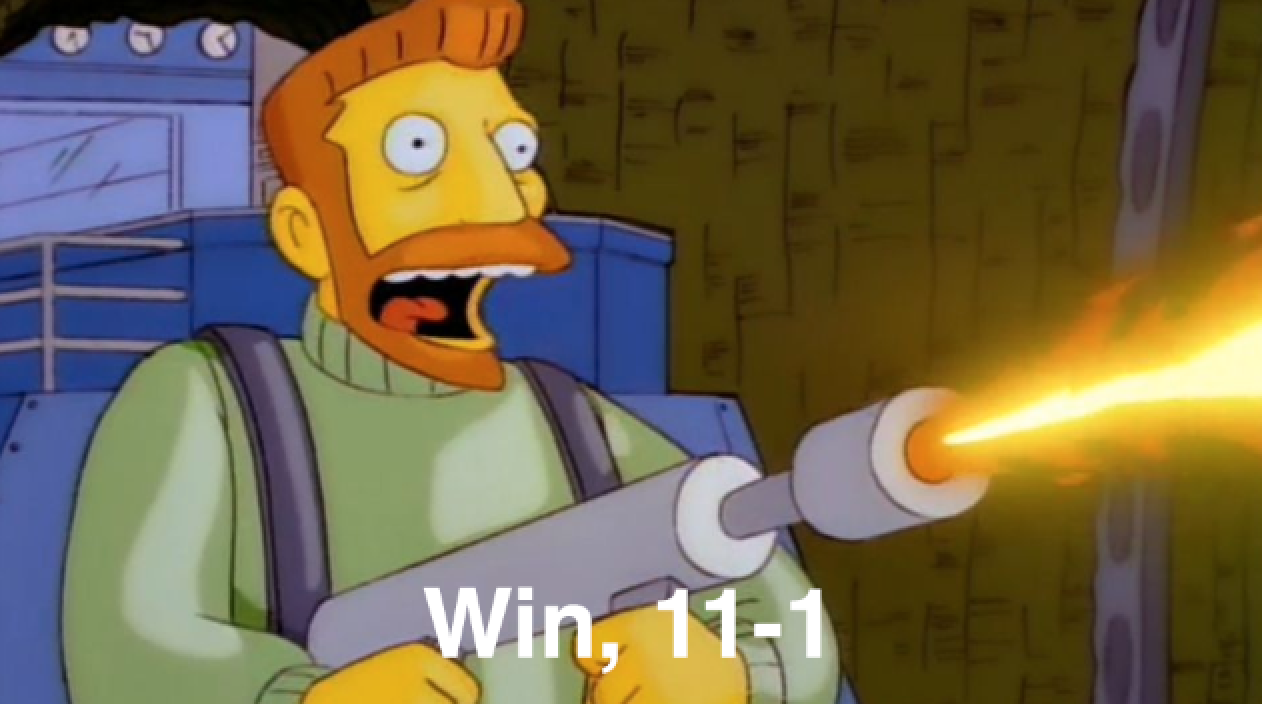 Velasquez, who in his last start struck out 16 in a complete-game shutout, was chased after just four-and-one-third innings. That power, paired with another excellent start from swing-man Logan Verrett, meant the Mets had a rather easy time getting to 7-6 on the season.

In the first inning, Michael Conforto golfed a two-run shot to open up the scoring on an 0-2 curveball. That alone would have been enough to secure a victory, but the Mets decided to take out their offensive frustrations in Philadelphia.

After a quiet second inning in which Verrett worked around two baserunners, Yoenis Cespedes took another 0-2 curveball from Velasquez and promptly planted it in the left-center bleachers, 375 feet away.

Verrett worked a clean third, fourth, and fifth with a comfortable 5-0 lead. However, the Mets' bats were only getting started in support of their starter. In the sixth, Neil Walker, facing lefty Brett Oberholtzer, cracked his first solo shot of the day to make it 6-0.

Verrett left after six innings, giving up no runs on six hits with four strikeouts and just one walk. Obertholtzer, meanwhile, went on to surrender two more home runs in the seventh, this time of the back-to-back variety to Lucas Duda and Walker again to extend the lead to 9-0. That was Walker's third home run against a lefty this season, after hitting two in the previous four full seasons.

Jim Henderson pitched a clean seventh, getting David Lough, Cameron Rupp, and Tyler Goeddel out on just five pitches. In the eighth, Curtis Granderson decided to join in on the fun and hit a home run that drove in Eric Campbell.

Rafael Montero came in for the eighth and struck out the first two batters he saw before losing himself for a bit. An RBI single by Ryan Howard gave the Phillies their lone run, but it could have been more. Maikel Franco hit a shot to deep center field that looked like it would leave the ballpark. However, that's where Juan Lagares lives, and he does not like home runs one bit. He leapt at the wall and made a phenomenal catch to keep the score 11-1. As you can see, Juan is all the way back.

Hansel Robles gave up a double but got three outs in the ninth to close out the game. The Mets moved to 7-6, and are beginning to look like the team we thought they would be this year. The bats are alive, and the pitching looks good.