Other than help from a Chase Utley error, the Mets didn't muster much offense.

If you stayed up until 1 AM to watch the Mets lose 3-2, I'm sorry. Not just because I also did that, but because it was a dreadful game to stay up for in substance and finale. The Jacob deGrom we've all come to know and love is missing, but the righty gutted his way through seven innings allowing just two runs and walking none. Unfortunately, the Mets managed just the same, and Trayce Thompson ended it with one swing in the ninth. 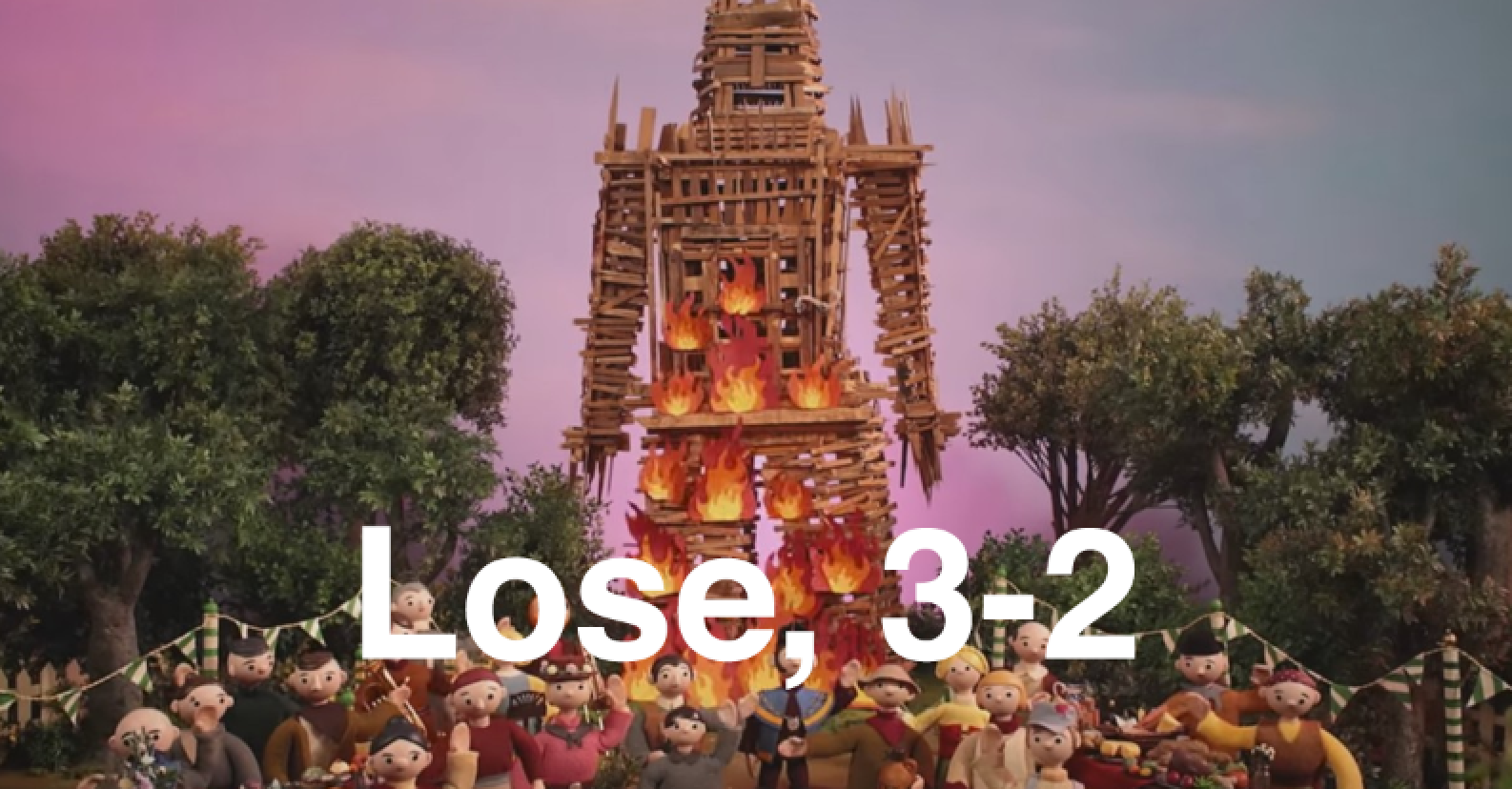 The Mets started the game inauspiciously by going down in order to Alex Wood, who was very good all night. Jacob deGrom then took the mound and got in immediate trouble. Chase Utley and Corey Seager hit back-to-back doubles for the first run, and Seager advanced to third and was then driven home by an Adrian Gonzalez fly out. deGrom looked like he'd be in trouble all night after that, but those were the only runs he allowed.

The Mets answered back right away, thanks to an assist from an old nemesis. Yoenis Cespedes and Wilmer Flores both hit singles to put two men on with an ice cold Michael Conforto at the plate. Conforto hit a would-be fielder's choice to Chase Utley, who instead threw the ball away. Cespedes scored, and Flores advanced to third. Kevin Plawecki strolled to the plate and continued his hot hitting ways with an RBI single to tie the game up. Wood then got three straight outs, though, and the threat was over.

In the bottom of the inning, the Dodgers threatened hard. Joc Pederson led off with yet another double, and Yasiel Puig hit a single to follow up. A Carl Crawford ground out put runners in scoring position with one out when deGrom reached deep down and struck out Wood and Utley to end the threat.

Not much good happened over the next few intervening innings. The Mets had a number of baserunning blunders that hurt, including David Wright caught stealing and Juan Lagares slipping off of the first base bag on a pickoff that ended an inning. However, Yoenis Cespedes made an incredible throw from deep center field to nab a baserunner at second. He also made an excellent play to rob Yasiel Puig of extra bases by leaping into the wall to make a catch. You should not run on Yoenis Cespedes.

The Dodgers mostly held steady thanks to an excellent performance from Wood and support from the Dodger bullpen. Wood and Louis Coleman combined to strike out the side in the seventh, and Pedro Baez worked out of a two-on, one out scenario. Antonio Bastardo tiptoed through raindrops in the eighth to avoid giving up any runs, because we all know Tony Baseballs loves the pressure.

In the ninth, Hansel Robles came on to try and send the game to extra innings. Unfortunately, Trayce Thompson had other ideas. Robles shook off a slider call from Plawecki and served up a fastball that Thompson smacked to end the game on one swing. Sometimes, it's not a great idea to try and announce your presence with authority. The Mets will look to get back on track tonight at 10:10 p.m. 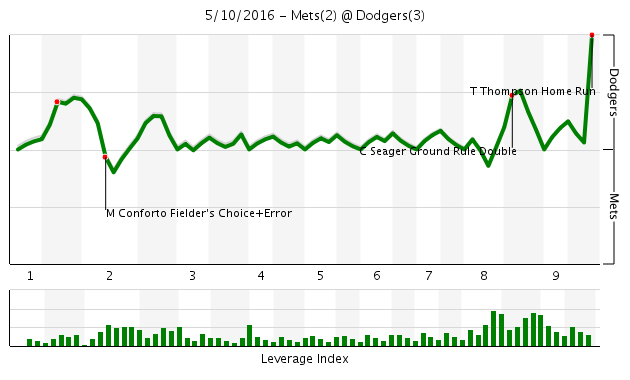