Mets vs. Nationals recap: Harvey hits rock bottom, with an assist from the Mets' defense

It was an ugly series finale at Citi Field last night.

Share All sharing options for: Mets vs. Nationals recap: Harvey hits rock bottom, with an assist from the Mets' defense

If you came into the 2016 season expecting the Mets to disappoint you, Thursday night’s series finale against the Nationals was tailor-made for you. Matt Harvey continued to struggle on the mound, the defense did him absolutely no favors, and the lineup didn’t break out against the currently-dominant Stephen Strasburg. 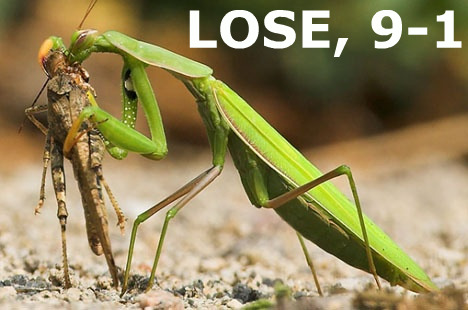 A year ago, Harvey and Strasburg were on opposite ends of the spectrum. Strasburg was dealing with the worst start to a season of his career. He ended the month of May with a 6.55 ERA, but he went on the disabled list for three weeks and came back looking like himself over the course of the rest of the season. There hasn’t been any indication that the Mets will do exactly the same thing with Harvey, but whatever their decision, Strasburg provides some hope that Harvey could be looking like himself again, possibly sooner than anyone thinks.

Last night was not that time, though, as Harvey struck out two, walked two, and allowed nine runs, six of them earned, in two-and-two-thirds innings. He now has a 5.77 ERA on the season.

The numbers would have looked better if the Mets had played merely competent defense in the third inning. With the bases loaded and one out and the score still just 2-1 in Washington’s favor—thanks to a two-run home run from Daniel Murphy on a hanging curveball in the first—Harvey got Ryan Zimmerman to hit a ground ball to short. Asdrubal Cabrera should have turned that into an inning-ending double play, but he booted the ball. A run scored.

Anthony Rendon followed that up with a line drive to left field that Michael Conforto should have caught. Instead, he flailed as it bounced off his glove, and the official scorer ruled that a double. It’s really hard to get charged with an error if you’re an outfielder.

Wilson Ramos then singled to left-center, and Yoenis Cespedes was a little too ambitious in his attempt to catch the ball and it rolled under his glove all the way to the wall. Two more runs scored. Another single and a ground out later, Ben Revere tripled to score the Nationals’ eighth and ninth runs of the game. That ended Harvey’s night.

Neither team scored the rest of the way, not that anyone was particularly paying attention. And at the end of the night, the person saying the most reasonable things about Matt Harvey was Bryce Harper.

Bryce Harper on Matt Harvey: "I feel bad for him." pic.twitter.com/vf9FRf0Ykp 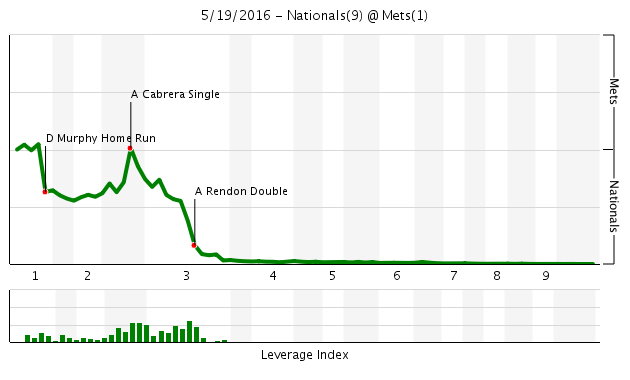