For a minute there, it looked like the Mets' offense was on its way to another record-breaking inning. But after scoring four runs through their first five batters in the bottom of the first, it was the brilliance of starter Bartolo Colon that ended up leading the Mets to a 4-1 victory against the Braves on Monday. 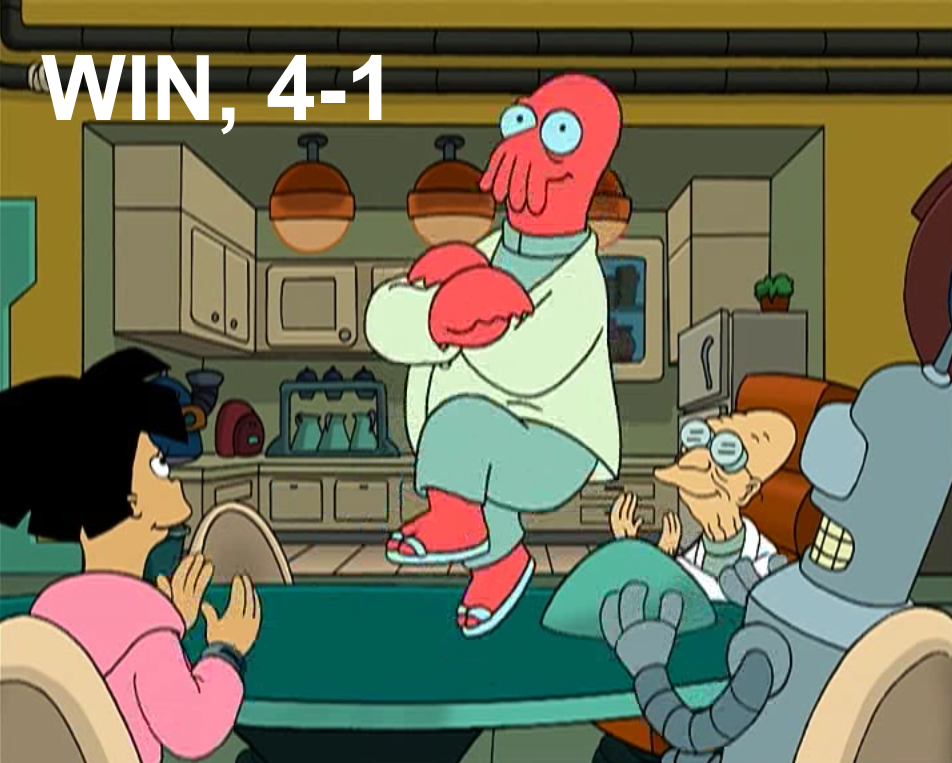 After Mike Foltynewicz struck out Curtis Granderson for the first out of his first big league start of 2016, the Braves hurler was greeted with a trio of home runs off the bats of David Wright, Yoenis Cespedes, and Lucas Duda sandwiched around a Michael Conforto single, staking Colon to a four-run lead.

While the Mets' bats started out hot and got cold thereafter, Colon's performance on the mound was the opposite. He worked out of jams in the first three innings, surrendering six hits to that point but yielding no runs. Starting with the final out of the third, Colon retired twelve consecutive batters before finishing with eight shutout innings, allowing just one hit in the final five. He struck out seven and walked none.

With that, Colon earned the 220th victory of his career, surpassing Pedro Martinez for second among pitchers from the Dominican Republic. He trails only Juan Marichal and his 243 wins on that list. The soon-to-be 43-year-old needed just 99 pitches for his eight-inning gem, which is why he thought he'd return to the mound for the ninth. In a 4-0 game, Collins opted for closer Jeurys Familia instead.

Familia allowed the leadoff man to reach base for his second outing in a row, a double from Adonis Garcia. The left fielder scored on a two-out single from Erick Aybar before Familia got Kelly Johnson to line out to end the game.

Though Colon is still looking for his first hit of the year, he came oh so close with two on and two down in the first inning, hooking a line drive just foul.

As for the rest of the lineup, Wright had the most impressive day at the plate, hitting the ball hard three times and walking once. In addition to his first-inning home run, Wright crushed a grounder up the middle that nicked second base, changed direction, and caught Braves second baseman Reid Brignac in the neck as Wright reached first. The veteran utility man was examined by team trainers but remained in the game.

Wright started the bottom of the seventh with a ripped liner to dead center, but Atlanta center fielder Mallex Smith made an impressive play to track it down, and that was the only time Wright made an out in the game. Wright and Asdrubal Cabrera combined for four of the team's eight hits.