Mets vs. Braves Recap: The best way to beat the shift is with home runs

The Mets finished their home stand with a win over the Braves.

Share All sharing options for: Mets vs. Braves Recap: The best way to beat the shift is with home runs

An 8-0 victory is a very fine thing, indeed. It provides a sort of comfort and reassurance that everything is going swimmingly. The offense is firing. The pitching is on track. The defense is doing its job. An 8-0 win means that most everything went right, the fans in attendance and at home had a good time, and Gary, Keith, and Ron discussed the 1980s LA punk scene. Not bad for an afternoon of crappy weather the day after a night game. 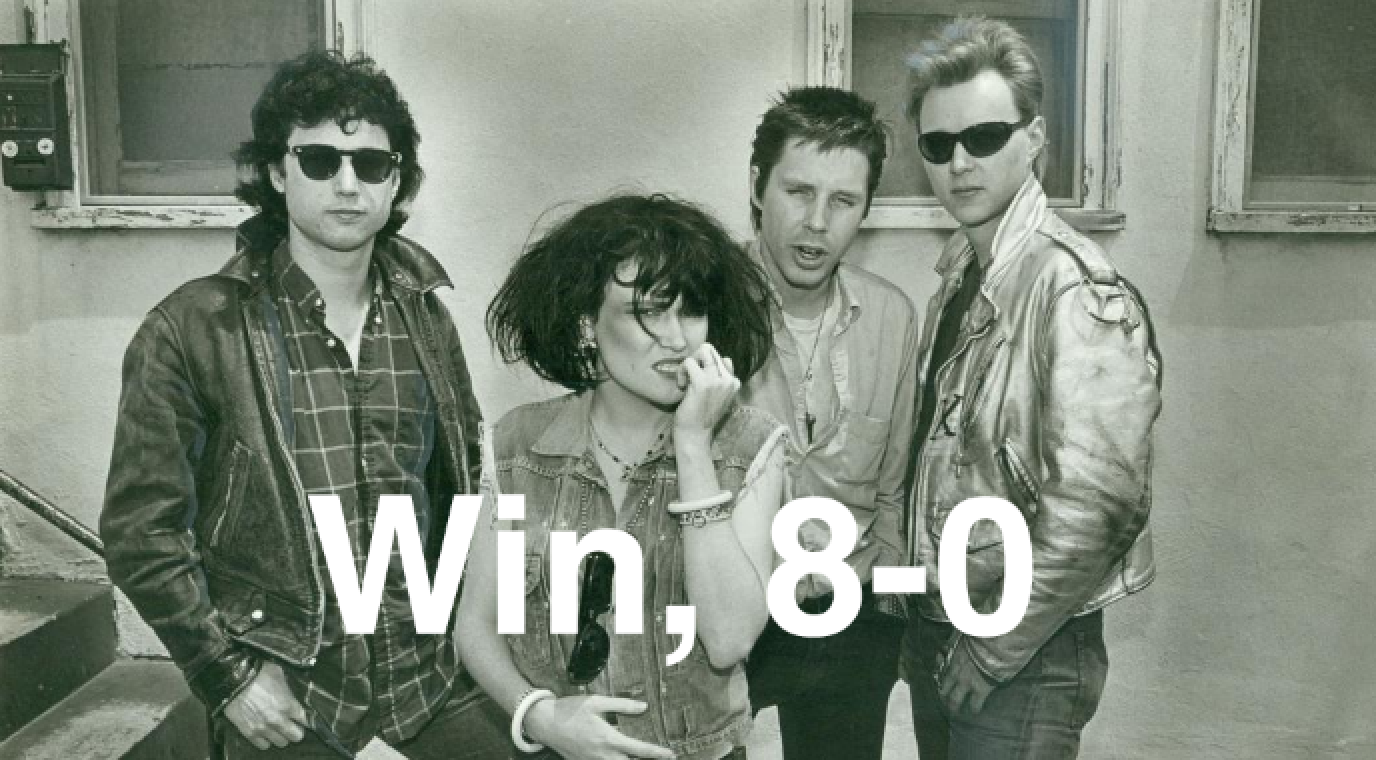 Steven Matz had one of the best starts of his career today, going seven-and-two-thirds innings and allowing no runs on just two hits. He struck out eight, walked nobody, and generally had command of everything around him. He started the game in the first by striking out Mallex Smith and Adonis Garcia, then getting Freddie Freeman to ground out.

In the bottom of the second, Rene Rivera of all people broke the scoreless tie. After a Wilmer Flores walk, Rivera took a hanging slider from Jhoulys Chacin and roped it down the left field line and over the wall. It was his first Mets hit and gave the team a 2-0 lead. It was the first home run Chacin had allowed all season, but it wasn't the last.

In the bottom of the third, Curtis Granderson led off with a walk. Asdrubal Cabrera then took a pitch from Chacin and crushed it for the second home run of the day and a 4-0 lead that would expand very shortly thereafter. After a Michael Conforto strikeout, Yoenis Cespedes hit a single with an exit velocity greater than 113 miles per hour. Then, Lucas Duda took a bad Chacin pitch and hit himself his first home run of the day to make it 6-0. That's a smart approach to beating the shift.

Matz, meanwhile, kept cruising. He racked up strikeouts with ease and had only allowed one hit—to the opposing pitcher—through five innings. In the bottom of the fifth, Duda beat the shift yet again by hitting another home run. He's on a hot streak right now, and he can carry the team when he is. This home run was of the solo variety, and two batters later a Wilmer Flores double made it 8-0.

That lead was more than enough for Matz, who pitched into the eighth before Jim Henderson replaced him for the final out of the inning. Addison Reed was called upon to finish the game, and aside from a Freddie Freeman single, he did so without issue. The Mets won comfortably and completed their sixth straight series win. 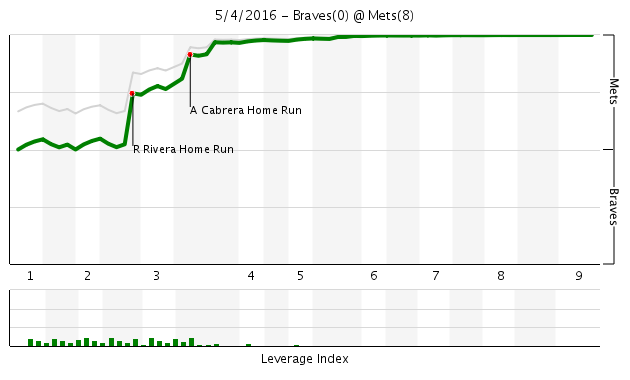