The Mets took two of three from the Pirates in the series.

The Mets won the series—and tied the season series—against the Pirates on Thursday night, beating Pittsburgh 6-3. The Mets had a terrible day, pre-game, losing Juan Lagares to the disabled list, and with David Wright undergoing neck surgery, but the Major League club showed no signs of being down. 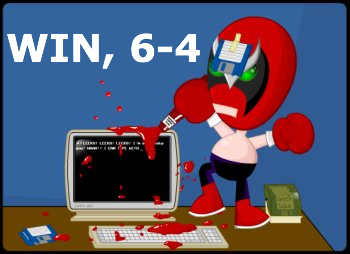 Bartolo Colon started for the Mets, and he gave the team exactly what they could hope for: seven and two-thirds innings, eight strikeouts, no walks, and he hit a double to boot. The two runs against him came in the eighth inning, where the Pirates finally began to make solid contact against him.

Curtis Granderson hit a leadoff home run in the bottom of the first, setting a new Mets club record for career leadoff home runs with 17. In the bottom of the second, Wilmer Flores was hit in the hand by a Juan Nicasio pitch, forcing him to leave the game. While x-rays came back negative, it was a scary moment for Flores and the Mets, who have had quite the deluge of injuries lately. Kelly Johnson would replace Flores in the lineup.

From there, the Mets scored big in the third and fifth innings. In the third, Bartolo Colon socked a double off Nicasio, and eventually scored on a Yoenis Cespedes sacrifice fly. The next batter, Neil Walker, hit a two-run home run, which was followed immediately by a Michael Conforto solo shot.

In the fifth, Walker drove in Asdrubal Cabrera with a double to make it 6-0 Mets. Colon would cruise from there, only running into some trouble in the eighth, when Matt Joyce socked a 440-foot home run, the 100th of his career. The Pirates would scratch out one more run against Colon, before Jerry Blevins relieved him, and got the third out.

Addison Reed started the ninth for the Mets, and promptly gave up a solo home run to Andrew McCutchen and a double to Jung Ho Kang. Jeurys Familia entered the game and recorded his 22nd save of the season, but not before making it interesting by allowing a long double to Joyce, and allowing Kang to score.