Mets vs. Phillies recap: Mets still looking for a hit with runners in scoring position

Share All sharing options for: Mets vs. Phillies recap: Mets still looking for a hit with runners in scoring position 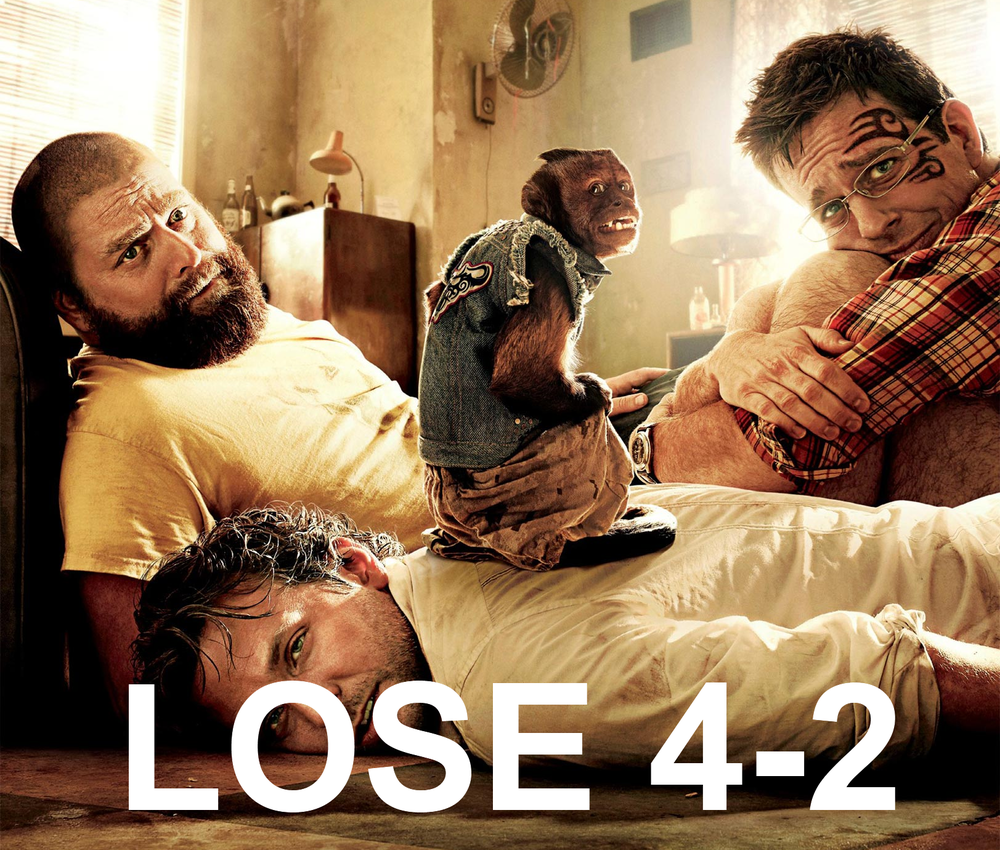 If you think about it, though, when a batter walks to the plate he is in scoring position if he drives himself in with a home run. So in that case the Mets should be among the leaders in hitting with RISP, amiright?

Well, in the end it did not matter because the Mets struggled with both home runs and clutch hitting against the Phillies. The first inning was a harbinger of things to come when Jose Reyes singled and stole second but was left stranded when the inning ended.

Logan Verrett pitched out of trouble in the first, but in the second Ryan Howard showed he is not yet done murdering baseballs thrown by Mets pitchers. He hit a bomb to right center to give the Phillies a 1-0 lead and to move into fifth place in most career home runs against the Mets.

The Mets rallied right back in the top of the third, however. Juan Lagares led off the inning with a double and moved to third when Logan Verrett sacrificed him over. He hustled home on a short sacrifice fly by Jose Reyes and the game was tied.

They later took the lead in the fourth when Curtis Granderson led off with a double. He moved to third when Neil Walker grounded out, and then scored on another sacrifice fly, this time by Travis d’Arnaud.

Sacrifice flies are an improvement for this team. Productive outs are also an improvement but an actual hit with runners in scoring position is like a Bartolo Colon home run: rare, glorious, and must be savored because you don’t know when you will see it again.

That sacrifice fly would be the final run the Mets score but unfortunately for them the Phillies were not done crossing home plate. Logan Verrett has a terrible habit of not getting pitchers out. Exhibit A: Matt Albers of the Chicago White Sox. Exhibit B: Wily Peralta of the Milwaukee Brewers Exhibit C: Walking Max Scherzer. Exhibit D came in the fifth when Jerad Eickhoff led off the inning with a double. Odubel Herrera followed with a double but Eickhoff went back to second to tag and was unable to score. He did eventually come home with the tying run when Cody Asche grounded out.

Verrett got into trouble again in the sixth, when with two outs he hit Carlos Ruiz. Freddy Galvis singled to set up first and second with Eickhoff up. Eickhoff was able to beat out an infield single, but Ruiz was thrown out at home by James Loney when he tried to score from second. That was the end of the line for Verrett, who finished the day with a so-so performance. He went six innings, gave up eight hits, one walk, and two runs.

The Mets again led off an inning with a double in the seventh when Travis d’Arnaud hit one off Eickhoff. Brandon Nimmo then hit one back to Eickhoff who was too slow throwing the ball to second to get d’Arnaud. d’Arnaud was originally called out but Terry Collins challenged and the call was overturned. That called ended Eickhoff’s night and Edubray Ramos came in to face Juan Lagares. Lagares had been having a nice series but Collins called for the bunt, which Lagares successfully got done. Kelly Johnson was then called upon to pinch hit but he was unable to come up with a sacrifice fly or a hit to bring the runners home. He instead popped up to shallow left. Jose Reyes walked and Asdrubal Cabrera, who has been woeful with runners in scoring position, ended the inning when he lined out to left.

Cabrera’s woes followed him into the field in the bottom of the seventh when he made an error on a routine ground ball off the bat of Peter Bourjos. Jerry Blevins then walked Asche to put runners on first and second and one out. Hansel Robles relieved Blevins and gave up a hit to Maikel Franco that gave the Phillies the lead.

They tacked on a run in the eighth against Erik Goeddel, when this time the Mets could not get Ruiz out on a play at the plate. Ruiz doubled to start the inning, moved to third on a ground out, and he came home on a wild pitch.

The Mets went quietly in the ninth and are now 5-24 in games where they don’t hit a home run.