The Mets lose the series, two games to one

The Mets lost the rubber game of their three-game series against the Cubs 6-2 today at Wrigley Field. The loss, unlike the previous night’s nail-biter of a win, seemed destined from the first inning, when a clearly-off-his-game Bartolo Colon gave up a two-run double to Addison Russell. 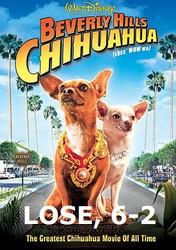 A pair of home runs to Anthony Rizzo put the Cubs comfortably ahead before knocking Colon out of the game in the bottom of the fifth with two men on. Antonio Bastardo relieved him, letting the lead runner score, and mercifully that would be all for the Cubs, offensively, for the afternoon.

The Mets’ hitters kept getting on base against Cubs starter Kyle Hendricks, with seven hits and one walk against his line before he came out in the seventh inning, but the Mets failed to capitalize time and time again.

The closest they came against Hendricks happened in the fourth inning when, with two outs, James Loney singled to center field. Travis d’Arnaud pushed him over to second with a single of his own, before Kelly Johnson hit the third consecutive single, where third base coach Tim Teufel waved Loney around third, only to be thrown out by Jason Heyward at the plate.

In the eighth inning, Wilmer Flores hammered a Travis Wood pitch to left field for a two-run home run, but it proved too little, too late for this game. The Mets and the Cubs will not meet again during the regular season.

The Mets are off today before beginning a three-game set with the Marlins in Miami on Friday.