Mets vs. Rockies Recap: Mets avoid the sweep on the strength of Walker’s bat

Wilmer Flores Day ends as it should: with a Mets win

Share All sharing options for: Mets vs. Rockies Recap: Mets avoid the sweep on the strength of Walker’s bat

The Mets narrowly avoided a sweep at the hands of the Colorado Rockies earlier today, edging out a 6-4 win with some late-game heroics from Neil Walker. 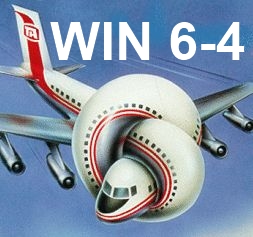 It is almost fitting that it is a home run that won the game for the Mets today, as it is the one year anniversary of the infamous ‘Wilmer Flores game,’ where the near-traded then-shortstop hit a game winning home run in extra innings—a moment that was also immortalized by a truly terrifying bobblehead at MCU Park on Sunday.

Playing the part of Wilmer Flores this year was Neil Walker, and, although he was not part of any trade rumors, Walker played the part to perfection. In the first inning, Walker tripled off of starter Chad Bettis, knocking in Asdrubal Cabrera. It wasn’t an entirely happy event, however, as Cabrera came up limp with a strained left patella tendon while rounding third base.

In the second, the Rockies scored their first run against Mets starter Noah Syndergaard, when Daniel Descalso hit an RBI single, scoring David Dahl. The Mets wasted no time getting the lead back, with run-scoring singles from both Alejandro de Aza and Brandon Nimmo in the bottom of the second inning. Bettis wound up going six innings, striking out eight Mets along the way.

Syndergaard threw a ton of pitches early in the game, and continued to get hit pretty hard throughout, giving up runs in the fourth and fifth innings. Technically, he still threw a quality start, giving up three runs across six innings, while walking two and striking out six.

When Jerry Blevins relieved Syndergaard in the seventh, he immediately ran into trouble, giving up a single, a walk, a sacrifice bunt, and an intentional walk before Carlos Gonzalez plated a run on a sacrifice fly.

Because pitcher wins are dumb, Blevins wound up getting the win, due to Neil Walker’s three run home run in the bottom of the inning. Walker has been on a tear as of late, and the team sure has needed someone to step up.

Addison Reed and Jeurys Familia—putting his two consecutive blown saves behind him—each pitched scoreless innings to lock down the win for the Mets.

On Monday night, the Mets begin a four-game series with the Yankees, the first two games of which will be played at Citi Field. 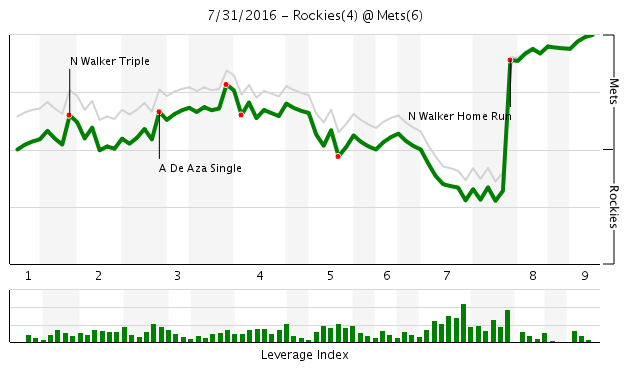