The Mets trailed 6-0 but beat the Marlins anyway.

Through the first three-and-a-half innings of the Mets’ Independence Day game against the Marlins, things weren’t looking so great. Coming off an outstanding four-game sweep of the Cubs, the Mets found themselves down 6-0 midway through the fourth as Matt Harvey and the Mets’ defense looked pretty bad. But the Mets came back gradually, tied the game, and put an exclamation point on it when Yoenis Cespedes put them ahead for the first time—and for good—with a two-run double in the bottom of the eighth. 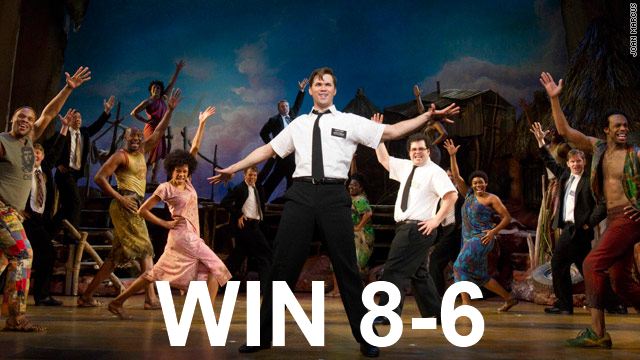 Harvey lasted just three-and-two-thirds innings and gave up six runs, five of them earned. He struck out four and didn’t walk anyone, which is good, but he gave up eleven hits, which is very bad. He touched 98 miles per hour with his fastball and 92 with his slider, according to Brooks Baseball, but the results clearly weren’t there. And while he could have used a little defensive help along the way—Brandon Nimmo allowed Giancarlo Stanton to advance to second on a single with a poor throw in the second inning, and Wilmer Flores missed on a line drive hit his way in the fourth—it was Harvey’s own mistake that was the most costly.

After having allowed three runs in the second, Harvey loaded the bases with one out in the fourth. He got a comebacker from Martin Prado that should have set up an easy inning-ending double play, but Harvey made a terrible throw home. The Mets recorded no outs as a result, a run scored, and a Christian Yelich single later, two more runs scored. That ended Harvey’s day.

The bullpen’s work the rest of the way was nothing short of excellent. There were some bumps along the way, but Erik Goeddel, Logan Verrett, Hansel Robles, Jerry Blevins, and Jeurys Familia combined for five-and-a-third scoreless innings. That allowed the Mets the opportunity to come back, and they took advantage of it.

After threatening a couple of times early in the game but failing to score, the Mets finally got on the board when Travis d’Arnaud hit a solo home run, his first of the season, over the right-center field fence in the fourth. Curtis Granderson followed suit with a solo home run in the fifth. With the bases loaded in the sixth, d’Arnaud plated the Mets’ third run of the day with an infield single. Pinch hitter Kelly Johnson then grounded into a double play, which was far from ideal but scored the Mets’ fourth run.

In the bottom of the seventh, Neil Walker walked, and Cespedes—who went 3-for-5 in the game—doubled, advancing Walker to third. James Loney grounded out to second base, but that scored Walker to make it 6-5. And one intentional walk of Asdrubal Cabrera later, Wilmer Flores hit a sac fly to tie the game.

Both halves of the eighth inning proved to be pivotal in the game. In the top of it, Ichiro Suzuki hit a leadoff double against Hansel Robles. After Robles walked J.T. Realmuto, Martin Prado tried to put down a sacrifice bunt. But he bunted terribly—and right as James Loney—to ground into a 3-5-4 double play. That allowed Terry Collins to bring in Jerry Blevins, who despite having Realmuto steal third earlier in the at-bat, struck out Christian Yelich to end the inning.

In the bottom, d’Arnaud hit another infield single and was bunted to second base by Juan Lagares. After Granderson flew out, Walker walked again to bring up Cespedes with the go-ahead run in scoring position. And all he did was hit a double to right-center field to score both baserunners and give the Mets an 8-6 lead, their first of the game.

Jeurys Familia ran into a bit of trouble in the ninth thanks to a leadoff walk and—following a strikeout of Giancarlo Stanton—a one-out single. With runners on the corners, though, he induced a game-ending double play from Chris Johnson.

The feeling from the second half of last season, that the Mets were never out of a game, has come back over the past few days. Both the series-opening comeback win over the Cubs and Monday’s series-opening comeback against the Marlins were memorable games. Here’s hoping there are more of those along the way—and that Travis d’Arnaud finally moves out of the damn eight hole.