Mets vs. Diamondbacks Recap: Matz magnificent before bullpen blows it

Share All sharing options for: Mets vs. Diamondbacks Recap: Matz magnificent before bullpen blows it

Steven Matz righted his ship on Tuesday night but the Mets couldn’t do the same, falling 5-3 to the Diamondbacks. The lefty hurler hit 95 MPH on the gun through his sixth and final inning, striking out nine while walking just one and allowing five hits. Arizona managed two runs against the 25-year-old, on solo home runs from Paul Goldschmidt and late addition to the lineup Brandon Drury. In his previous start, the Yankees roughed Matz up for six earned runs in as many innings on August 3. 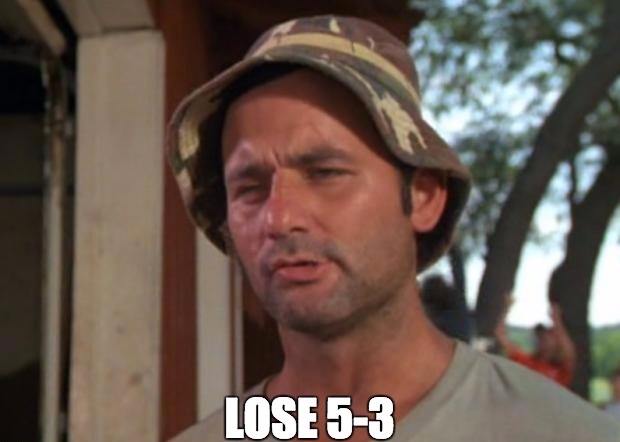 The Mets scratched out a run in the bottom of the first on a James Loney ground out, but Matz was in line for the loss until Neil Walker smashed a two-run dinger in the top of the seventh to put his team on top, 3-2, following a Curtis Granderson leadoff double. It was one of three hits for Walker, who’s been scorching hot in the last 13 games, going from hitting .237/.307/.405 to .273/.334/.460 in two weeks.

But just as New York’s anemic offense rescued their starter from an undeserved loss, Arizona’s did the same for Zack Greinke, making his first start since June thanks to an oblique injury. The ace struck out six in as many frames, surrendering five hits, one walk, and three runs before the Diamond-bats provided him with a lead after his exit.

Hansel Robles came on in the seventh—but didn’t make it out—incurring serious damage before being ushered off the mound. The reliever spent 32 pitches to record two outs, giving way to three hits and three runs. Arizona continued to run roughshod over catcher Travis d’Arnaud, swiping five bags in the game, three with Matz on the hill, and two more in the seventh on a double steal before Michael Bourn gave his team the lead with a two-run triple. Goldschmidt picked the speedy outfielder up from third with a single to give the Diamondbacks a two-run lead.

The Mets were subsequently shut down my the Diamondbacks bullpen, owners of the second-worst relief corps ERA in the majors. In the seventh, eight, and ninth, the Mets couldn’t touch Arizona’s murderers’ row of Randall Delgado, Enrique Burgos, and Jake Barrett, respectively, managing one hit and three strikeouts.

The loss drops the Mets to 57-55, 2.5 games behind the Marlins for the second Wild Card spot with two teams—the Pirates and Cardinals—between them.