If you missed this game, you were lucky

The Mets lost a brutal game to the Diamondbacks 9-0 to wrap up a sweep at the hands of one of the worst teams in baseball. Noah Syndergaard was solid if you look only at stats that contribute to FIP, as he pitched five innings while striking out six and walking only one. Unfortunately Syndergaard did not have the blessing of the BABIP dragon, as he gave up up eight hits and three runs. The hits allowed were not cheap, with four of them going for extra bases. More on Syndergaard later. 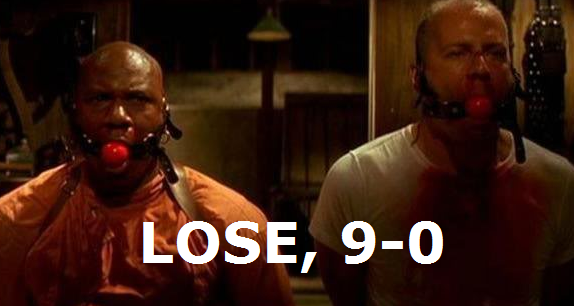 On the mound for the Diamondbacks was Braden Shipley, the Diamondbacks’ top pitching prospect making his fourth career start. Shipley was known in the minors to have excellent control but not strike out enough men, but going into his start this afternoon he had allowed 11 walks in only 17.1 major league innings. Shipley managed to right the boat against the Mets’ struggling offense, going seven innings and allowing only three hits and one walk to seven strikeouts.

Syndergaard and Shipley traded zeroes until the fourth inning, when Syndergaard cracked. Chris Owings (he of the career .653 OPS) led off the inning with a double. Syndergaard managed to retire the next batter before rookie Socrates Brito hit a double of his own. Brito stole third base off Syndergaard before Tuffy Gosewisch (real name James Benjamin, and owner of a career .513 OPS) drove him in with a triple. The pitcher Shipley promptly hit an RBI single on the first pitch he saw to put his team up 3-0.

Syndergaard worked into and out of trouble in the fifth before Jon Niese took over in the sixth inning. Niese gave up a home run to the first batter he faced (Gosewisch again) before giving up five more runs on a passed ball, a three-run triple, and a sac fly. The score remained 9-0 through the end.

This game in some ways encapsulated the struggles that Noah Syndergaard has dealt with this year. Syndergaard recorded 16 swings-and-misses on 91 pitches, a rate of 16.5% (for reference the league average is around 10%). However, the contact that he did allow tended to be for extra bases, and came often. Syndergaard ran a .444 BABIP for the day, raising his season BABIP to .353, an incredibly high mark for a pitcher of with his stuff and command. Furthermore, Syndergaard’s issues holding baserunners continued, as the Diamondbacks stole four bases including one by the pitcher Shipley. If Syndergaard is going to achieve his destiny as the ace at the top of the Mets staff, he will need to improve his ability to control the running game. Some help from the BABIP dragon would help too. Syndergaard now has a 2.75 ERA/2.14 FIP on the season.