Matz was excellent and the team scored runs. Wait, what?

Share All sharing options for: Mets vs. Padres Recap: Nearly a no-no

While the outcome was certainly the desired one, today’s 5-1 victory of the Padres felt like a little bit of a letdown for the Mets. Of course, no-hitters aren’t the magic occurrence that they are sometimes billed as, but they are a fun spectacle none the less, and the Mets came close their second ever no-hitter this afternoon. 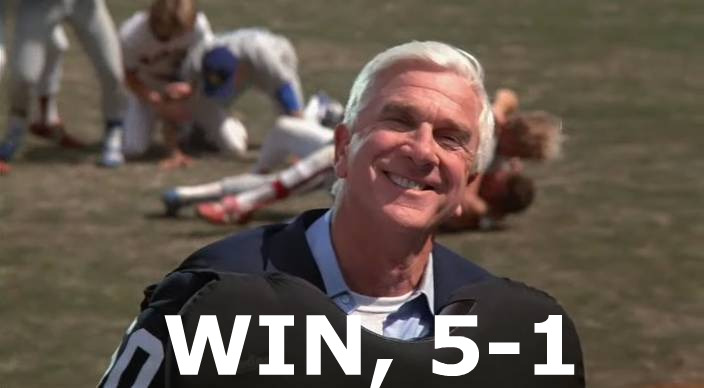 Steven Matz becomes the latest in a line of Mets pitchers to take a no-hitter into the eighth inning, and he did so with relatively little stress. Matz threw 105 pitches over 7.1 innings, striking out eight and walking two. One of the walks, much like Saturday night, led off the game, but after that, Matz settled in nicely. While his pitch count was not ideal, Matz never looked gassed or even much tired, despite the extraordinary heat and humidity at Citi Field this afternoon.

The Mets opened up the scoring in the bottom of the first inning, when Wilmer Flores socked a solo home run off of Padres starter Clayton Richard. The lefty gave up a second solo shot, this time to Neil Walker, in the fourth inning, and exited the game after the fifth, having walked three, struck out two, and given up the two runs.

Matz kept his no-hitter going until the top of the eighth inning, where Alexei Ramirez shot a single over the first base bag for a base hit. Due to his pitch count, as well as the punishing weather, Matz was pulled after giving up the hit. Addison Reed relieved him and, despite giving up another single to pinch-hitter Ryan Schimpf, got out of the inning unscathed. It can’t be said often enough how great Reed has been for the Mets since he was acquired a year ago.

In the bottom of the eighth, the Mets got some insurance runs off of relievers Jose Dominguez and Carlos Villanueva. Jose Reyes singled to lead off the inning, and delivered what fans of certain age used to call a ‘Reyes run.’ He stole second, advanced to third on a bad throw from Derek Norris, and then scored on a Dominguez wild pitch.

A few batter later, T.J. Rivera doubled in both Jay Bruce and Ty Kelly, who had both walked earlier in the inning. Villanueva had relieved Dominguez just one batter earlier, but was unable to shut the door on the Mets.

In his second major league appearance - and his second appearance out of the bullpen since his time at the Gulf Coast League - Gabriel Ynoa came in for the ninth inning. While he didn’t look quite as strong as he did yesterday, giving up an RBI single to Yangervis Solarte before finishing the game for the Mets.

The Mets fly west tonight, and begin a three game series against the Diamondbacks tomorrow evening. 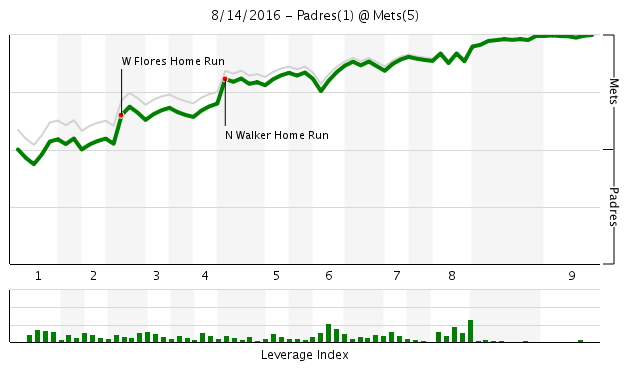