Mets vs. Diamondbacks recap: Snakes on a home run plane

Share All sharing options for: Mets vs. Diamondbacks recap: Snakes on a home run plane

While Jon Niese wasn’t the only Met who struggled last night, the Mets’ game in Arizona went about as well as anyone who knew he was starting would have expected. And with that loss, the team is now 60-60 on the season, four games back of the Cardinals for the second Wild Card spot in the National League, with the Marlins and Pirates in between them in the standings. 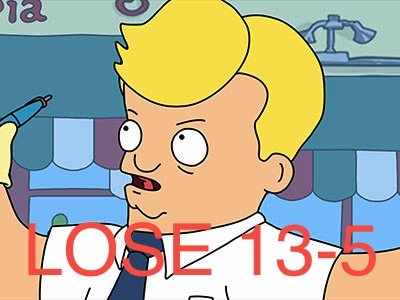 Niese wasn’t the Mets’ worst pitcher in the blowout loss, but he didn’t exactly fare well. He threw 82 pitches in four-and-two-thirds innings and gave up four runs in the process. Three of those runs scored on home runs he allowed himself—to Rickie Weeks and Yasmany Tomas—and the fourth on a home run served up by Erik Goeddel, who took over for him with a runner on first and two outs in the fifth.

Goeddel didn’t record an out but gave up two runs of his own on that home run and issued two walks before Terry Collins pulled him. Seth Lugo, the Mets’ only pitcher who didn’t allow a run in the game, threw one-and-a-third innings. Gabriel Ynoa gave up three runs in the seventh, as Tomas nearly hit another home run but tripled instead to drive in two runs. He came in to score the third run on a sac fly.

As bad as all of those pitchers except Lugo were last night, Josh Edgin took the cake for the worst performance on the staff. He gave up four runs in the eighth inning, the first on a wild pitch and the rest of a very long home run by Tomas to center field.

Believe it or not, the Mets led the game for a few innings, as they got on the board first when Jose Reyes scored on a wild pitch in the first inning. They maintained that lead until things started to unravel for Niese in the fourth. And in the end, they wound up scoring four more runs, but their deficit was so large that those runs didn’t much matter. Jay Bruce doubled in their second in the eighth, and a solo home run from Curtis Granderson and a two-run home run from Rene Rivera in the top of the ninth made the score just slightly more respectable at 13-5.

The Mets are set to begin a four-game series against the Giants—a team that’s struggled even worse than the Mets since the All-Star break—tonight in San Francisco. If there is to be any hope of reaching the Wild Card game, the Mets are going to need to have an extraordinary series there.