This was one small step for the Mets.

The Mets’ offense came alive Saturday and defeated the Giants by a final score of 9-5. If the Mets have any hope of making the playoffs in 2016, they will need Yoenis Cespedes to play like, well, Yoenis Cespedes. Saturday was one small step forward in the right direction, but it might take a giant leap before the season ends. 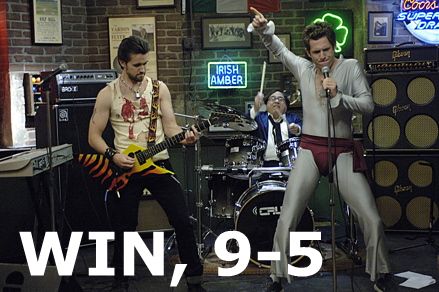 The lineup against the Giants was missing both Curtis Granderson and Jay Bruce, as Terry Collins felt they could both use a day off. However, Neil Walker made his return after missing a few games with a bad back.

The offense got off to a good start against starter Matt Moore when Jose Reyes led off the game with a double. Both Asdrubal Cabrera and Yoenis Cespedes came off the DL Friday, and Saturday they made their presence felt. Cabrera followed Reyes’s double with a single, but got caught in an unfortunate rundown for the first out. Yoenis Cespedes however was able to bring Reyes home when he started his day with a double to give the Mets a 1-0 lead. Despite Walker following with a walk, the inning stalled from there and the Mets had to settle for just the one run.

It was still a 1-0 ballgame in the bottom of the second when Bartolo Colon faced his first big challenge. Brandon Crawford got the inning started with a double. The pesky Hunter Pence set up first and third when he followed Crawford with a single. Colon went to work after that and got Eduardo Nunez to strike out for the first out and then he induced a double play from Joe Panik to end the inning.

Jose Reyes’s speed is still something that can be utilized even though it isn’t what it was 10 years ago. The Mets took advantage in the third when he lead off with a walk. He moved to second on a wild pitch and then he stole third. Cabrera hit a sacrifice fly to extend the lead to 2-0. It was 3-0 one batter later when Yoenis Cespedes manufactured his own run and blasted his first home run of the day to center.

The Giants responded with a home run of their own in the bottom of the inning when Denard Span deposited a ball into McCovey Cove to cut the lead to 3-1.

They inched closer in the bottom of the fifth when Panik smashed a ball that was good for a triple to start off the inning. Conor Gillaspie pinch hit for Moore who only lasted five innings and gave up three runs.

With the infield playing back, Gillaspie grounded out to make it 3-2. Span lined out for the second out but Gregor Blanco, who came in when Angel Pagan left with an injury, reached on a bunt that Jose Reyes could not field cleanly. Brandon Belt then reached when Wilmer Flores’s inexperience at first showed. He fielded a ball that should’ve been Walker’s ball and he couldn’t make the throw to first in time to get Belt. That brought up Buster Posey who lined a ball to second but Walker made a nice diving play to get the out and end the inning.

Remember that 12-run inning against the Giants in April at Citi Field? Jake Peavy started that inning and gave up six of the twelve runs. He would not fare much better as a reliever in this game. Walker’s absence from the lineup did not cool his bat and in the sixth he greeted Peavy with a single. With one out Travis d’Arnaud also singled to set up first and second.

Met fans barely got to know Justin Ruggiano before he too was bitten by the injury bug and sent to the DL. He has been a nice surprise since his return to the lineup, and he continued his hot hitting when he hit a bloop single to drive in Walker.

Alejandro De Aza showed some signs of life in July but then struggled again in August. On Saturday he was able to keep a ball just fair in the right field seats that was good for a three-run home run and a 7-2 cushion.

In the top of the seventh, Cespedes struck again and blasted another Cespedian home run to put the Mets on top 8-2.

Bartolo Colon pitched out of trouble all day but after a battle by Ehire Adrianza ended in a single, Colon’s day was done in the seventh. He went 6.1 innings and gave up nine hits but only two runs. He also struck out five.

Josh Smoker came in to finish the inning and looked good in his second major league appearance. He got Span to ground out and he struck out Blanco to end the inning.

Hansel Robles came in for the eighth but was not able to complete the inning. He only got one out and walked both Belt and Crawford. Terry Collins then went to Addison Reed who has looked mortal recently and always seems to struggle when he does not start an inning. Here that trend continued when he gave up a two-run double to Nunez to cut the lead to 8-4. It was 8-5 by the time the inning ended and Jeurys Familia had to start warming for a save opportunity.

Wilmer Flores was the only starter in the lineup besides Colon who did not have a hit. That changed in the ninth when after Walker doubled, Flores singled to make it 9-5. That got rid of the save situation and Reed stayed on in the bottom of the ninth. He gave up a lead off double to Span, but Blanco popped up and Belt lined out to Wilmer who was able to double off Span to end the game.

There is no question that a healthy Cespedes can transform this lineup and for one day he did it again. This looked like a step in the right direction, but with all of the other question marks surrounding this team, is it too little too late?