Mets vs. Cardinals recap: Chipping away

A rookie stepped up to help the Mets gain a game in the Wild Card standings.

Share All sharing options for: Mets vs. Cardinals recap: Chipping away

This game looked like it could get out of control early, but rookie Robert Gsellman stepped up and helped lead the Mets to a series-opening win over the Cardinals. 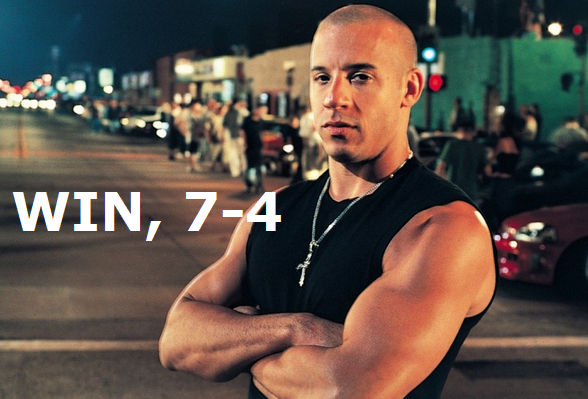 The Mets started off this game well against starter Jaime Garcia, when both Jose Reyes and Asdrubal Cabrera reached base to get things going. When the first inning was over the Mets would be leading 3-0. This time it was not Yoenis Cespedes but instead Wilmer Flores that would give the Mets the lead with a home run to left.

Jonathon Niese got the start, but he didn’t make it out of the first inning. He was erratic from the get-go when he walked two out of the first three batters that faced him. The only out he recorded was a liner by Stephen Piscotty that Yoenis Cespedes caught awkwardly. Cespedes remained in the game, but Niese didn’t after he gave up a RBI single to Brandon Moss. He came up limping when he went to back up home plate and Terry Collins promptly lifted him from the game.

This is the second time this season a Mets starter had to be taken from the game after recording only one out. The same situation happened back in June when Bartolo Colon was struck on his hand in a game against the Royals. I can’t be 100% sure, but I don’t think I am responsible for this turn of events since I was on recapping duties at day, as well.

Hansel Robles was the hero in June, and on Tuesday night, it was Robert Gsellman. Robles was a bit more successful in his 3.2 innings of relief work that day, but Gsellman had a lot more to deal with in his appearance. It was his first major league appearance, his first relief appearance since he was a starter in the minors, and he was facing runners on the corners with only one out.

Yadier Molina has been rather rude to Mets pitching over the years and yesterday was no exception. He greeted Gsellman with a double and a run came home. The Cardinals tied the game one batter later when Jhonny Peralta grounded out to bring home the runner on third.

Fortunately the Mets battled right back in the second and took the lead, a lead they never relinquished despite the Cardinals consistently having runners on base.

Travis d’Arnaud has quietly started to hit this month and is batting .300 in August. He singled with one out in the second and Gsellman sacrificed him over to second base. Both Jose Reyes and Asdrubal Cabrera had three hits apiece in this game and they both collected key hits in the second. Reyes singled home d’Arnaud so the Mets could retake the lead and Cabrera doubled home Reyes to extend the lead to 5-3.

Gsellman was not dominant the next few innings but was able to work through a pesky Cardinal lineup. A double play in the second got him through that inning and Cabrera’s beautiful glovework got him through the third.

In the fourth he got more of a cushion when Justin Ruggiano crushed a solo home run to deep center to make it 6-3, but that was Gsellman’s last inning. He let two runners get on via a walk and a hit by pitch, but once again Cabrera made a nice play on a line drive by Piscotty to end the inning.

Gsellman finished his first appearance going 3.2 innings. He only allowed the inherited runs to score in the first and he gave up two hits and struck out two for the day. He also got the win in his major league debut just like Gabriel Ynoa did earlier this month against the Padres.

Josh Smoker was the next man out of the pen and pitched two innings. He was able to pitch out of a jam in the fifth when there were two runners on but Jedd Gyorko flew out to end the threat.

In the sixth he was not as lucky when Randal Grichuk took him deep to make it 6-4. Piscotty hit the ball hard all night and he hit the ball well again off Smoker but Cespedes made a leaping grab at the wall to rob him of a home run and keep the score at 6-4. It is kind of ironic that in a game Jonathon Niese started the defense was outstanding long after he was out of the game.

James Loney had a chance to knock in an insurance run in the seventh when Terry Collins decided to pinch hit him for Wilmer Flores. With runners on first and third with one out, Loney grounded out into a double play. He would later get that run home in the ninth, when with two outs, he singled home Reyes to cap the scoring.

The Cardinals would have their chances to come back in the seventh and the eighth. In the seventh, both Jerry Blevins and Jim Henderson allowed runners to reach base. Henderson was making his first relief appearance since returning from the DL. He was facing a first-and-second, one-out situation, but Peralta grounded out and Gyorko struck out. Crisis averted.

Addison Reed faced his own crisis one inning later when both Jeremy Hazelbaker and Tommy Pham singled. That brought up the vexing Matt Carpenter,who eventually flew out to center to get Reed through the inning.

All told, the Cardinals left 11 men on base and went 2-for-10 with runners in scoring position. That was of no concern to Jeurys Familia, who pitched a clean ninth to nail down the victory. The Mets are slowly but surely marching on and are now 3.5 games out of a playoff spot.