Though he didn’t start, Curtis Granderson was the difference in the Mets’ 7-4 victory over the Marlins on Tuesday night. Terry Collins pinch-hit Grandy for starter Seth Lugo to leadoff the bottom of the sixth after the rookie had thrown just 89 pitches in six effective innings. 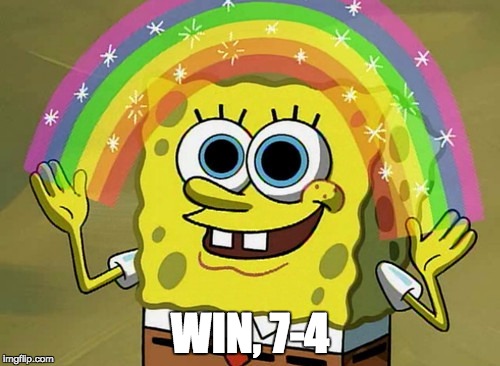 The outfielder responded, parking a Tom Koehler offering 437 feet away over the right-center field fence to give New York a 4-2 lead. It was Granderson’s first blast at Citi Field since July 4.

An inning later, he did it again. After the Mets scratched out another run in the bottom of the sixth on an Alejandro De Aza single, Granderson crushed a two-run shot in the seventh to give New York their biggest lead of the night.

Lugo overcame a rough opening frame to turn in a quality start. The 26-year-old rookie surrendered three hits in the first, including a two-run shot from Christian Yelich—Miami’s first home run in eight games. But Lugo gave up just two hits after that, shutting out Miami the rest of the way and retiring his last eight batters before being pulled for Granderson. In three starts, all against Wild Card foes, the rookie pitcher has a 2.55 ERA, holding batters to .226/.294/.387 hitting.

After the Marlins’ big opening frame, the Mets took the lead with a big first inning of their own. Asdrubal Cabrera hammered a two-run homer down the right field line after a Jose Reyes infield single—one of Reyes’ four hits on the night. After a Jay Bruce double, Wilmer Flores drove him in with a two-out single for a 3-2 lead. Flores missed a home run by a foot or two in the bottom of the fifth, settling for a stand-up double instead.

After Lugo’s terrific outing, Hansel Robles kept it going with two shutout innings before giving way to Jim Henderson in the ninth. The 33-year-old continued to struggle, coughing up two runs while recording two outs. Jeurys Familia came on to strike out Marcell Ozuna on three pitches for his 43rd save of the season, tying Armando Benitez’s Mets record.