The Mets won the series and reclaimed the second Wild Card spot.

The Mets took the rubber game of their last ever series at Turner Field in Atlanta, winning the game 10-3. The Mets’ final record at Turner stands at 67-109, including three playoff losses. Good riddance. 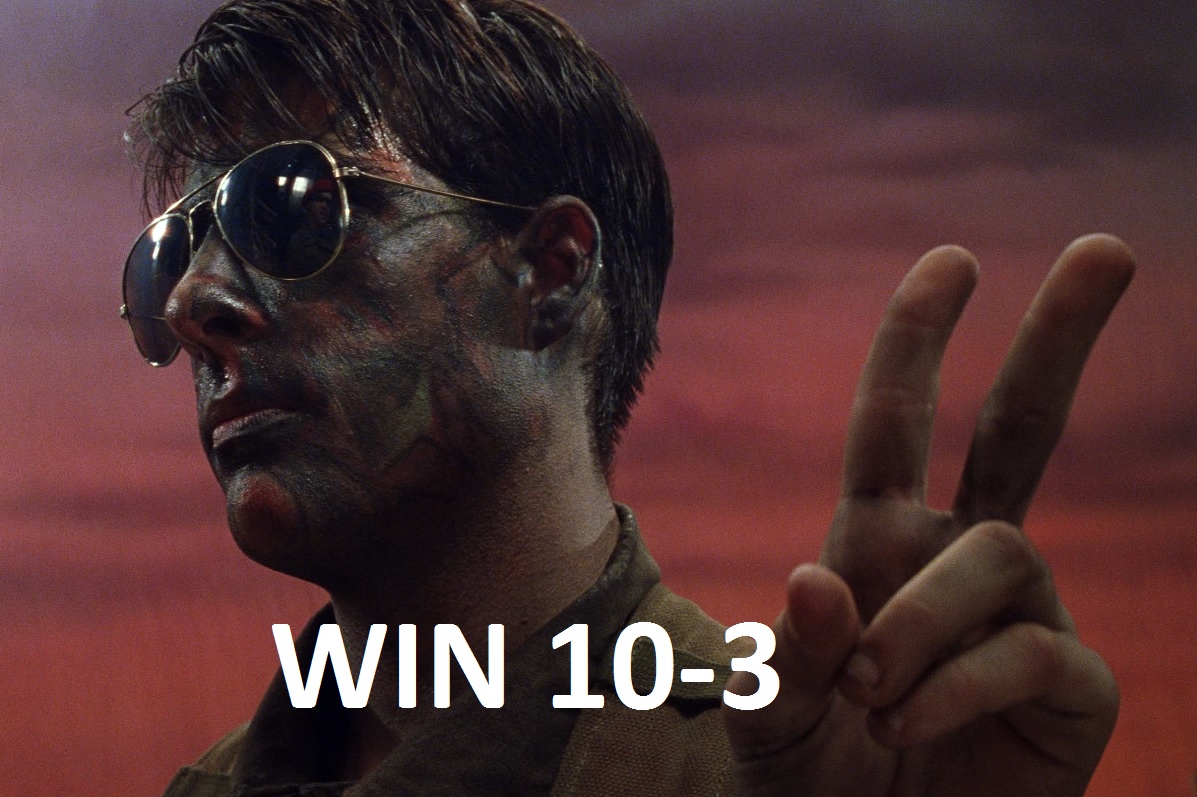 Seth Lugo started for the Mets, and he continued to impress, going seven innings and giving up only two runs. In the fourth, he gave up a run on a Freddie Freeman RBI single, and he gave up a solo home run to Brandon Snyder in the bottom of the seventh. Lugo scattered six hits, one walk, and five strikeouts over the course of the start.

Lugo was great and kept the Mets in the game, even if their bats didn’t exactly need it. The scoring got under way in the bottom of the first when Braves starter Williams Perez got Yoenis Cespedes to ground out, scoring Asdrubal Cabrera, who had tripled one batter earlier.

In the third inning, Cespedes struck again, hitting a grand slam with Lugo, Cabrera, and Jose Reyes on base. That would have proven to be enough offense, but the Mets weren’t done yet.

James Loney hit a solo home run in the fourth and was an integral part of the Mets’ four-run fifth, doubling and knocking in Kelly Johnson. Johnson and Alejandro de Aza singled in runners, and Lugo got in on the action by hitting a sacrifice fly. It was a good day to be a Mets hitter.

In the eighth, Gavin Cecchini made his major league debut, striking out against Brandon Cunniff. Of particular note was that Cecchini, Michael Conforto, and Brandon Nimmo—all first round draft picks under Sandy Alderson’s regime—batted in the eighth inning. Twitter user @JerseyJoeB did a little research, and dug up that the last time three Mets first-round draft picks batted in the same inning was on September 23, 1990, when Dwight Gooden, Darryl Strawberry, and Gregg Jeffries all came to the plate.

Sean Gilmartin pitched the eighth and promptly gave up two singles to start off the inning. Luckily, a pop up and a double play got him out of the inning unscathed.

Logan Verrett was not so lucky. He gave up a leadoff double to Matt Kemp, threw a wild pitch that moved Kemp to third, and let Kemp score on a Nick Markakis ground out. He then walked former Met/heartthrob Anthony Recker and then allowed back-to-back singles by Daniel Castro and Gordon Beckham. With no pinch runners to distract him, Terry Collins brought in Josh Edgin, who needed only three pitches to put the Braves away and get out of Turner field for the final time.

With the Cardinals losing, the Mets reclaimed the second Wild Card slot, and they are now a half-game ahead of St. Louis, and a game-and-a-half behind San Francisco for the first Wild Card.

The Mets travel to DC to begin a three-game set with the Nationals on Monday, where the marquee matchup we’ve been waiting for since spring finally happens: Rafael Montero versus Mat Latos.