Montero was bad, and the Mets scored just one run.

The Mets’ push for one of the National League’s Wild Card spots has happened as the team deals with a patchwork starting rotation that has, for the most part, succeeded. But Rafael Montero’s start on Monday night in the nation’s capitol was a reminder that several of the team’s top-tier starting pitchers are still on the shelf. 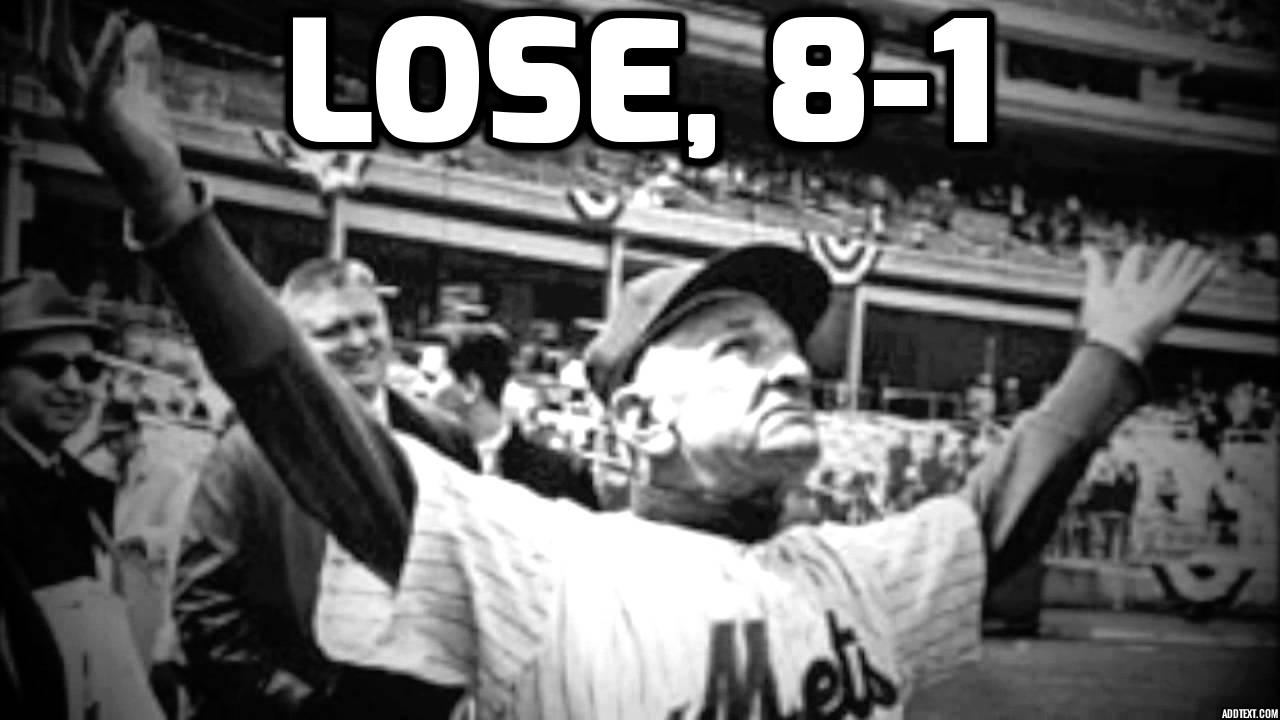 Having dealt with significant control issues in his previous fill-in starts, Montero managed to skate by until this start, and he paid dearly this time around. The Nationals scored six runs against him. Two of those runs scored on bases-loaded walks. One scored on a solo home run by Mat Latos. And the final three scored on a home run off the bat of Anthony Rendon. And all of that occurred in just one-and-two-thirds innings.

With Latos on the mound for the Nationals, a five-run deficit didn’t exactly look impossible to overcome, but after scoring once in the top of the first when Jose Reyes came in on a Yoenis Cespedes sacrifice fly, the Mets did not score again.

Gabriel Ynoa, who took over for Montero, surrendered a couple of runs in two innings of work to make it an 8-1 lead for the Nationals. By the time the seventh inning rolled around, Terry Collins was getting his regulars out of the game to get them some rest for the final two games of the series.

Luckily for the Mets, the Cardinals lost to the Cubs, as well, which means they’ll wake up in a playoff spot again on Tuesday morning. Whether or not they remain a half-game behind the Giants for the first Wild Card depends on the outcome of San Francisco’s game against San Diego, but things look far from dire at the moment. The Mets will just have to figure out who’s pitching instead of Montero.