Bottom-feeding Braves give Mets more than they can handle—again

For the second-straight night, a Mets team in desperate need of wins could not overpower the NL’s worst.

Share All sharing options for: Bottom-feeding Braves give Mets more than they can handle—again

Having swept the both the Cincinnati Reds and Minnesota Twins in recent weeks, it looked as if the New York Mets had finally figured out how to do the thing that will be the difference between hosting the NL Wild Card game and missing that game altogether: beat the bad teams. Then the Atlanta Braves came to town. 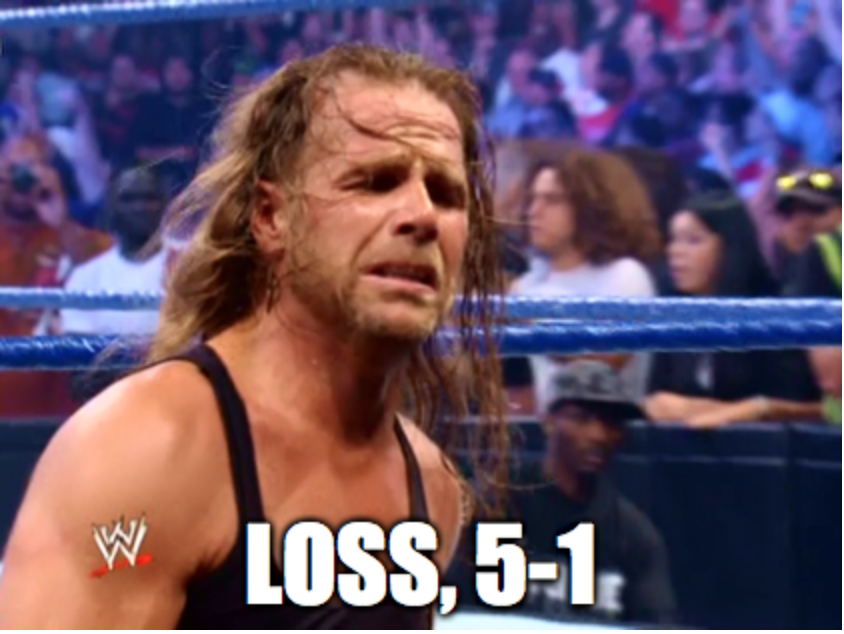 The last-place Braves have given the Mets fits all season. Tuesday night, Atlanta brought the season series even at nine wins apiece, beating the Mets for the second-straight night, this time by a score of 5-4.

The Mets scored first when Asdrubal Cabrera followed up a Jose Reyes triple with a double of his own to begin the third inning. That, however, was the only offense the Mets would produce against Braves All-Star Julio Teheran, who went seven strong innings despite striking out just one batter.

On the day that the Mets officially announced that Jacob deGrom will undergo season-ending surgery, the club turned to deGrom’s doppleganger—and in many ways, his replacement for the rest of 2016—Robert Gsellman. For five innings, Gsellman mirrored the quality of his previous starts, allowing no runs on two hits.

The sixth inning went the other way. After striking out Teheran for the first out, Gsellman allowed back-to-back singles and a walk to the top of the Braves’ batting order to load the bases. The next batter, Matt Kemp, lifted what seemed to be a lazy fly ball to right-center field. Instead, miscommunication between Curtis Grandson and Jay Bruce allowed the ball to drop in for a game-tying single, ending Gsellman’s night.

Josh Smoker entered in relief and walked the only batter he faced, Nick Markakis, to give the Braves a 2-1 lead. Fernando Salas cleaned up the mess to save the one-run Mets deficit.

An inning later, Salas handed Jerry Blevins a one-on, one-out situation. Blevins allowed a single to Ender Inciarte before hanging a curveball to Adonis Garcia, who broke the game open with a three-run moonshot, extending the Atlanta lead to 5-1.

In the bottom of the eighth inning, with Teheran done for the night and Jose Ramirez on the mound, the Mets began to claw back. Ramirez got Jose Reyes to ground out to start the inning, but then walked Asdrubal Cabrera and hit Yoenis Cespedes with a pitch. A red-hot Granderson then laced a double into the right-center field gap, plating Cabrera and suddenly bringing the tying run to the plate.

T.J. Rivera cut the Braves’ lead to 5-3, driving in Cespedes with a sacrifice fly. Then came one of the wackier baseball decisions in recent memory. With Granderson on second base and the much-maligned Jay Bruce due up, Terry Collins elected to pull his supposed RBI machine in favor of a man who hadn't had a major-league base hit since the month of May: Eric Campbell.

Campbell delivered for his manager with an RBI single past Garcia at third base, cutting the deficit to a single run. Garcia then gifted the Mets an opportunity to tie the game by failing to handle a ground ball off the bat of Kevin Plawecki. With two out and runners at the corners, Travis d’Arnaud grounded out to shortstop to end the inning.

Asdrubal Cabrera gave the Mets one final opportunity to tie or take the lead in the bottom of the ninth, slapping a two out single off Braves closer Jim Johnson to bring Yoenis Cespedes to the plate. But Johnson fooled Cespedes badly with a two-strike curveball to solidify the save and the win for Teheran, who ends the season with a 2-0 record and a 0.90 ERA against the Mets.

With the St. Louis Cardinals and San Francisco Giants both winning Tuesday night, there is now a three-way tie for two NL wild card slots. With just 11 games left to play, the Mets cannot afford another loss to the Braves on Wednesday night, when the ever-dependable Bartolo Colon takes the mound against rookie right-hander Ryan Weber.