Introduction: The Mets were awful last season, finishing with a record of 77-85. Cespedes was injured, David Wright retired, Jay Bruce proved to be a poor signing. There were some positives - Jacob deGrom won the Cy Young, Zack Wheeler looked like an ace, and the combination of Brandon Nimmo and Jeff McNeil broke through on the offensive side of the ball. Still, there is much work to be done here if the Mets want to contend in 2019. Let’s go.

I probably wouldn’t keep Mejia, but the Mets seem intrigued in giving him another chance. If he can regain lost velocity, then I can see him as a bullpen option who could soak up a handful of innings this season. As for the non-tenders, d’Arnaud is 30 years old coming off of Tommy John, while Flores has bulky knees and zero upside for the Mets as an Arb-3 player who can only play first base.

Syracuse needs some talent, so I’m bringing in a various group of outfielders, relief pitchers and Rafael Montero, who could reestablish himself after Tommy John surgery. 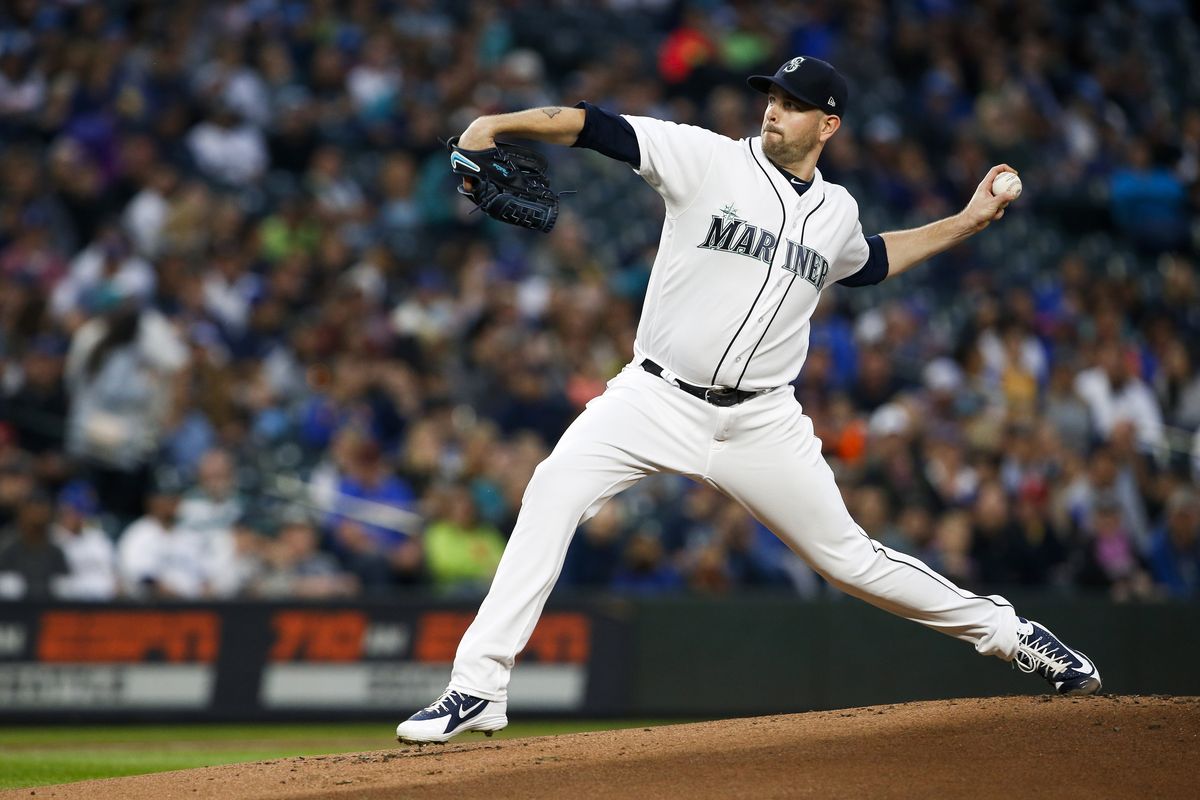 Rare are three team deals, but I have one for you. The Mets make the deal because they need a centerfielder, and really, any outfielder outside of their top four. Tapia is out of options and could fit a Mets team that could use a centerfielder of the future. Tapia struggled in his 27 plate attempts but has hit at every level, highlighted by .302/.352/.495 in Triple-A last season. Lagares has one year left on his deal, Cespedes and Bruce both have two and could see more time at 1B than anything. Tapia can serve a CF of the future and their legs before moving into the lineup for good.

Colorado does it because they have a contention window of about two years and add Realmuto to their lineup. Takes that need away and allows them to focus on the pitching in free agency. Miami does it because it gives them a top 10 global prospect in Rodgers, a good third base prospect in Welker and two pitchers to help with their prospect pitching depth.

So I’m not trying to destroy New York’s farm system, but this offers the Mets a chance to get a late-inning reliever who could help them come October. Bradley is had a great season last year but had a down season this past season. His BB/9 largely stayed the same, he finished with a slightly lower K/9, but went back to allowing more fly balls and thus, home runs. Still, Bradley is an electric pitcher who can handle late innings and for three cheap years of control, he’s worth a gamble of getting back to his 2018 form.

The Diamondbacks lack a great farm system outside of Duplainter. Dunn gives them another projectable starting arm, even as early as this upcoming season. Oswalt had a cup of coffee for New York as both a starter and reliever. Perhaps he can serve a role in Arizona as they look for cheap, controllable talent. This is a mercy trade for Cecchini, who doesn’t seem like he’ll get a chance in New York.

I’m attempting to fill in the Wilmer Flores for about $2m less. Perez, a potential non-tender candidate for Milwaukee, would be welcomed with open arms as a backup. Where Wilmer provides power, Perez provides defensive versatility and speed. Milwaukee has several outfielders and Keston Huira coming up next season and for almost $3mm, I think Perez is a fine bench fit who should hit more against lefties.

Milwaukee does it to add to a glut of pitchers they have. Flexen has seen his stock fall from potential backend starter to maybe a bullpen guy to a nothing for the Mets. Perhaps getting a second chance with Milwaukee and their high minors could help him find what he once lost.

Andres Giminez and Ronny Mauricio to Seattle for James Paxton

My hottest take this offseason is that the Mets should 100% be in on one of these moving starting pitchers. Grienke will cost a pretty penny, so he’s out. Kluber will cost a bit too much in prospects for the Mets (For me? 100% worth it), but Seattle is in an interesting position with Paxton having just two years of control left. For two former top INTL prospects, I’m making the jump on it.

This move/offseason gives the Mets one thing: pitching on all levels. Paxton gives the Mets another ace-like pitcher to form another "four aces" set. He potentially papers over another Syndergaard injury or Wheeler stepback. If the Mets aren’t going after the likes of Bryant, Machado or Harper, the Mets should strengthen their rotation. Paxton does that.

I’ll be brief on the Seattle part: They do this trade because it gives them a premium prospect at a premium position in Gimenez. It allows you to make a move with Cano at either first or at DH, you can trade Segura and have a replacement. Giminez gives you a good option who even flashed power last season. Mauricio gives you another young hitting prospect who can play short. 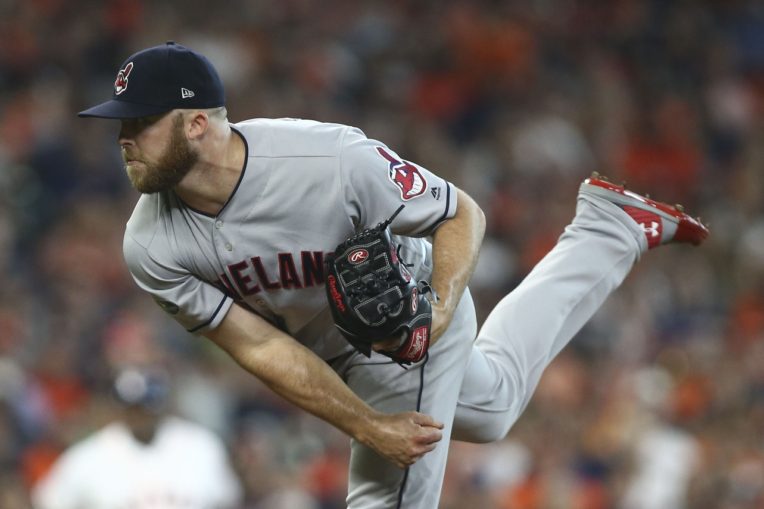 With Kevin Plawecki and Tomas Nido, the Mets have one of the weakest catcher groups in baseball, so why not add one of the best catchers in baseball in the group. With a slightly smaller penalty for signing attached to a qualifying offer, Grandal offers the Mets another strong player who can impact the game offensively and defensively.

I’m not investing a ton of money in free agency on relievers. Cody Allen had a bad walk year, but was a good reliever for the better part of three and could look to reestablish value in the market. For a Mets team that doesn’t want the traditional closer, Allen could serve as someone who can mop up the majority of those saves and try his luck again in 2019 free agency.

I would like to think that Mets understand that this helps them in the long-run. deGrom was clearly the best pitcher in the league and a monster second half from Yelich from winning the MVP award. There’s wiggle room here as deGrom is already 3o, but locking him up from age 30-34 while a ton of money is coming off the books is a fine investment for me.

We’ve come a long way from Nimmo for Josh Harrison rumors. At 26, Nimmo emerged as a legitimate monster this past season and while Conforto’s future seems cloudy, Nimmo seems like someone who wants to be a Met for the foreseeable future, so why not lock him in? This deal gets him to his age-32 season and locks him up on a fair salary. Tack on a team option at the end of this deal and you have a deal that works for both sides.

Conclusion - Without completely decimating the farm, the Mets added a top catcher and a high-level rotation arm. Grandal gives the Mets a huge upgrade at catcher and offers another stabilizing piece to the lineup. Move Alonso in at first and bump Bruce to the outfield and you could have one of best lineups in the national league. At the very least, you will have a lineup that can go and win games while Cespedes is on the mend.

The rotation is unreal, but I also upgraded the bullpen. Even with Mejia (probably doesn’t make it, but the Mets want to give him a try) and Vargas (really, a sixth starter who can also serve as an opener to me if I want to), the Mets would still have Drew Smith, Eric Hanhold and Bobby Wahl in Syracuse if those guys falter. Then, you get to a monster group of Allen, Bradley, Lugo, and Gsellman. Three of those four could work multiple innings and Allen has experience as a closer.