Hello. I am very excited to be named the new President of Baseball Operations for the New York Mets. This is a dream come true, albeit a scary dream come true. I don't want to mess this up. But this is better than other scary dreams coming true. This dream coming true beats the dream I had about a giant, sentient chicken sandwich that comes to life and chases me yelling "time for revenge!" coming true. 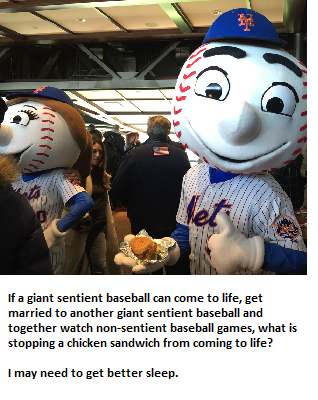 Anyway, I might be off topic and boy do I have work to do.

My first order of business is to call David Sterns in Milwaukee. My first call would be a prank call. The Brewers deserve that. Then I'd call back and offer him Robinson Cano for Corbin Burnes and Brandon Woodruff. Obviously, he is not going to accept...unless he knows something about his own future. And even if he turns it down, but he doesn’t hang up right away, I know I’ve only got this job for one season. I just needed to know if I should rent or buy.

· Noah Syndergaard (I guess I am changing this to decline…ouch)

Conforto declining isn’t much of a surprise, but I was anticipating Syndergaard accepting but by the time I’m done with this, I know that isn’t happening. I may try and sign him long term. But I also value the comp pick and the system sure could use more draft picks. It’s not every year a Kumar Rocker falls into your lap.

I will briefly say there is a reason both players received QOs and I wish them well (depending on where they end up).

Now we get into the exciting part.

I’m not happy about trading any prospects from this system but the left side of the infield is one area the farm is stocked and I’m bringing in a stud in Matt Chapman for that very position. Shwartz has MLB potential, although probably not a high ceiling.

McNeil’s versatility and arbitration contract makes him a great fit for Oakland economically. He is also the kind of hitter that can do well in a large park like whatever they are calling the Oakland Colosseum these days.

I don't feel that I have to make a hard sell on two years of Matt Chapman. You like gold gloves? You got a better 3B option for under $10M this season? I didn't think so. 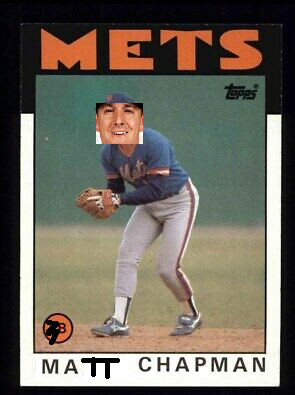 I wanted Stroman back but he is going to get the large contract he deserves. I chose Rodon and Gray over similarly priced free agents because I don’t think either has reached their true potential yet in their careers. Rodon had some early career injury issues, while Gray has spent his career in Colorado. Neither carries a QO tag. They were both drafted 3rd overall in subsequent drafts (Gray in 2013; Rodon in 2014). Rodon is also only 28. 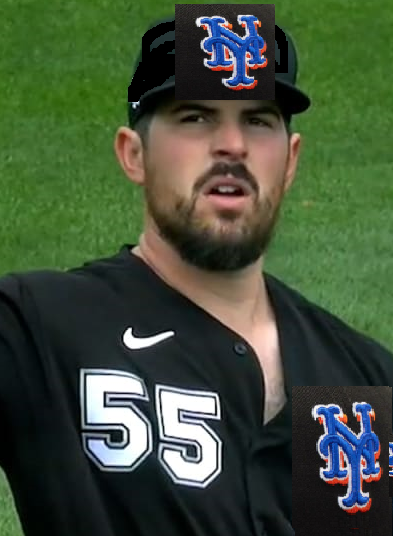 Dylan Bundy is a two-way signing to add depth. I’m taking the risk that he can get back to form and have a decent shot at helping out in case of the rare injury. A two-way contract allows me to stash him in the minors until he is needed while he gets to work himself back to form.

Keep plenty of cold ones on ice for Loup.

Knebel, entering his age 30 season has experience at the back end of the bullpen but hasn’t been worn down by over usage. 2020 wasn’t a good season for him, but 13.1 innings isn’t a sample size I’d hang my hat on.

I’ll take Baez’s upside any day. The fact that he was offered a significantly larger extension not long ago from Chicago points to his skill set. He struggled through a short 2020 and was bad to start 2021. But his approach changed when he came to Queens and I want him back. The fact that he will be at a discount makes this a no-brainer. 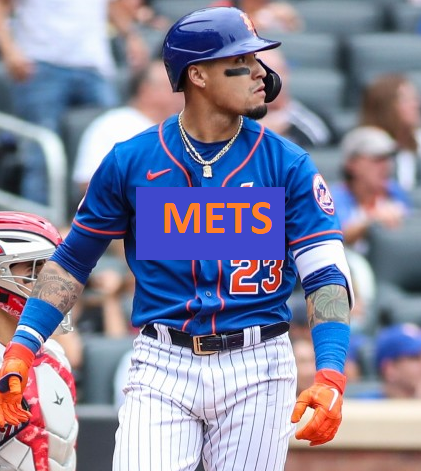 Admittedly, I didn’t know Seiya Suzuki existed a month ago. It can be argued that NPB is not at the same level as MLB, but he plays solid defense and his strikeout numbers are nearly equal to his walks. As a baseline, that plays. Anything more is gravy and it looks like more is a strong possibility.

I sign Tommy Pham with the idea that he and Dom Smith split time in LF. I would want to have them split time to get them in situations that set them up for success. Pham is right-handed, Dom is left-handed. Pham is better defensively and Dom, when he is on, has a big bat available off the bench. I envision a lot of games where they split playing time.

Ender Inciarte is my insurance policy for injury to any of our outfielders. His defense is never a question. His bat is certainly something I’d like to see improve, and the two-way contract gives him the opportunity to get regular at-bats in Syracuse to hopefully improve that bat until he is needed in Queens. 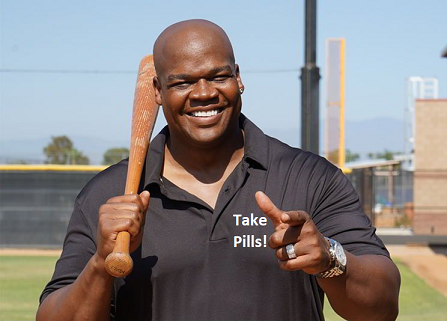 Let me rephrase that; let’s look into contract extensions.

Pete waits two more years until free agency. In exchange, he locks in a significant raise in year 2 of arbitration, and he gets a good deal in year 3 of arbitration. Meanwhile Nimmo would lock in a steady $15M per season over the next four years. With the outfield prospect pipeline not too strong, locking in Nimmo would be a boon for this organization.

He has a long track record of success. He also put up with George Steinbrenner and made it out in one piece. How about a two year deal with a mutual option for a third? I'm sure he doesn't want to hang around too long. The uniforms aren't even cotton from what I understand.

So grow out your sideburns and hop aboard, Buck.

I haven’t been really excited for this offseason, but this exercise has certainly rekindled some fire in me. So thank you for this opportunity. I think we have a great chance to build something special here. Additionally, the multitude of draft picks should help us improve the minor league system to a much more promising position. Even if the process of obtaining these picks wasn’t great.

Now if you will excuse me, I’m going to call Rob Manfred and ask why MLB doesn’t market the game "on a nationwide basis." That seems like a missed opportunity. Maybe it could bring in enough money to get this whole CBA mess resolved. 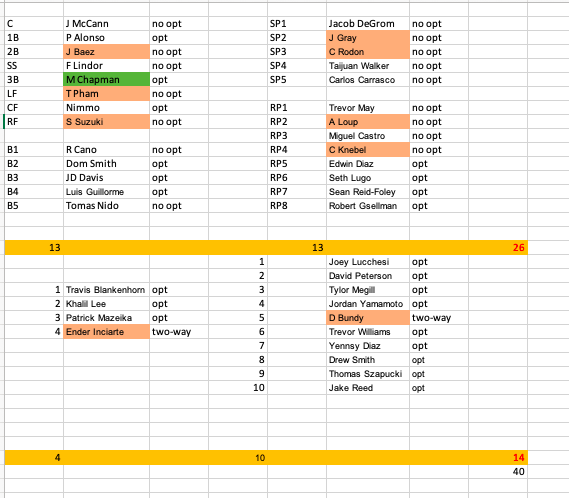 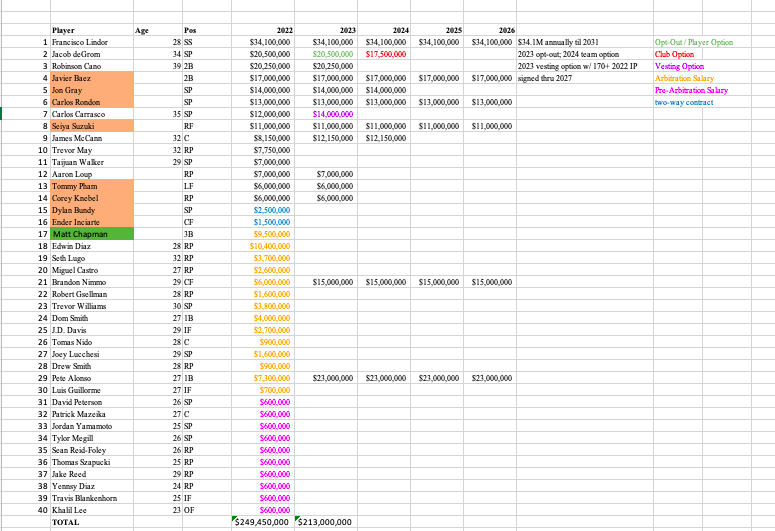