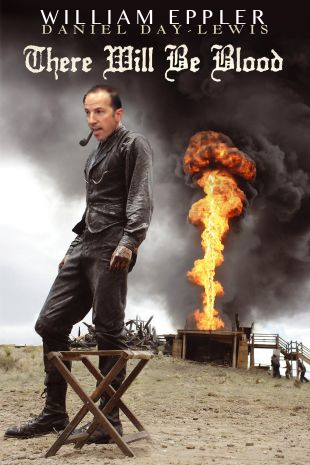 Back when I still had hair on my head, Bruce Springsteen sang: "Poor man wants to be rich, rich man wants to be king, and a king ain't satisfied ‘till he rules everything ...". I always loved the last piece of that triplet and it comes to mind looking at the 2023 Mets.

The Mets are a rich club with a rich payroll yet even at $325m I feel like building a roster requires the amputation of limbs. I typically find AAOP season a joyous part of the year akin to the anticipation I felt as an 8 year-old on Christmas Eve. Not this year.

My AAOP looks forward without sentiment. Truth be told, I hate a lot of it but I do think this painful approach allows the club to compete for a championship today while building a younger core rotation moving forward. But it means saying goodbye to arguably the best pitcher the Mets have ever grown.... that sucks.

Let's start with that new core.

I'm obviously letting Jake walk. No need for further elaboration just tears. Same for Cookie Carrasco whom I admire and enjoy. But I'm bringing in a trio of new 30 year-old arms as the future foundation. 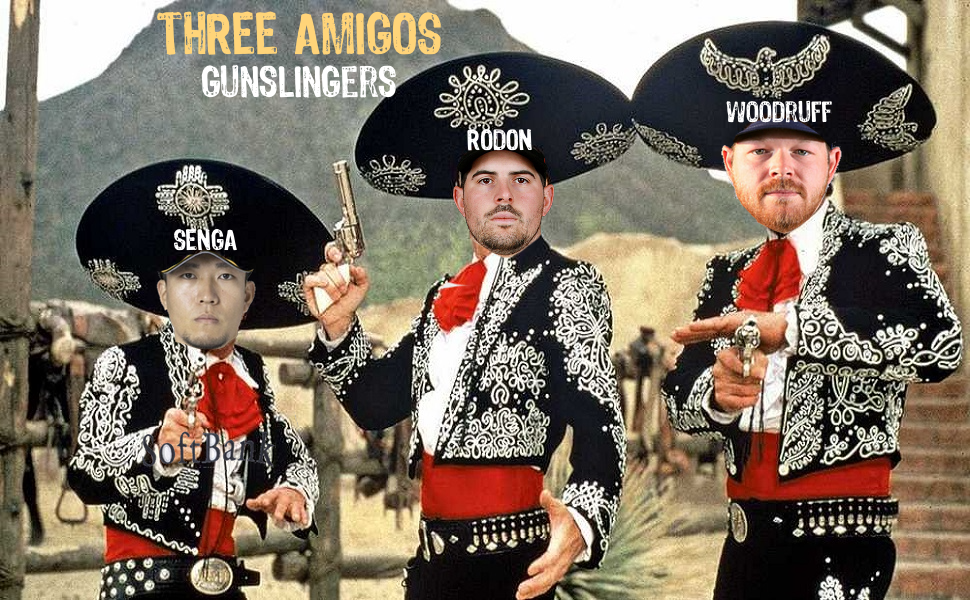 It starts with signing free-agents Codai Senga and Carlos Rodon. The former is pegged at 4 x $14m deal and the latter 5 x $24m per Fangraphs. Senga is a wildcard who could be the value buy of the year or flop and be sent to the bullpen. With Max, Rodon & my trade target below in front of him I'm willing to roll the dice. Rodon is a legit Cy contender who is 4-1/2 years younger and cheaper than Jake with a similar recent checkered injury risk. I'm sacrificing draft picks and IFA dough to get him. More on that later. He's the best younger FA out there even though he'll never fill Jake's shoes.

So far this is probably not much different than other "Jake-less" AAOP's.

My last rotation piece is my big move: a trade for Brandon Woodruff of the Brewers. He's got two years of arbitration control left with this season pegged at $11m. So for an estimated $49m we land three 30 year-olds, two of whom are potential Cy Young contenders instead of spending ~$45m on Jake.

Of course, there's a talent cost for Woodruff. My package is predicated on the Brewers having a ton of holes and desiring to fill them with big league talent to stay on the competitive track in a weak-ass division. If they move into rebuild mode then this proposal would not interest them. The package is Starling Marte + $30m, Luis Guillorme, Tomas Nido and Mark Vientos. Each of these guys fills a need for Milwaukee, has multiple years of control and fit their constrained budget. The cash makes Marte a $10.75m/year player. According to the trade simulator this is an overpay by $8m in surplus value. So while the Brewers may choose to rebuild, if they want big league pieces this package should get serious consideration.

The Mets New Age rotation would clock in with a 38 year-old Max the Knife, three 30 year-olds and 27 year-old David Peterson. 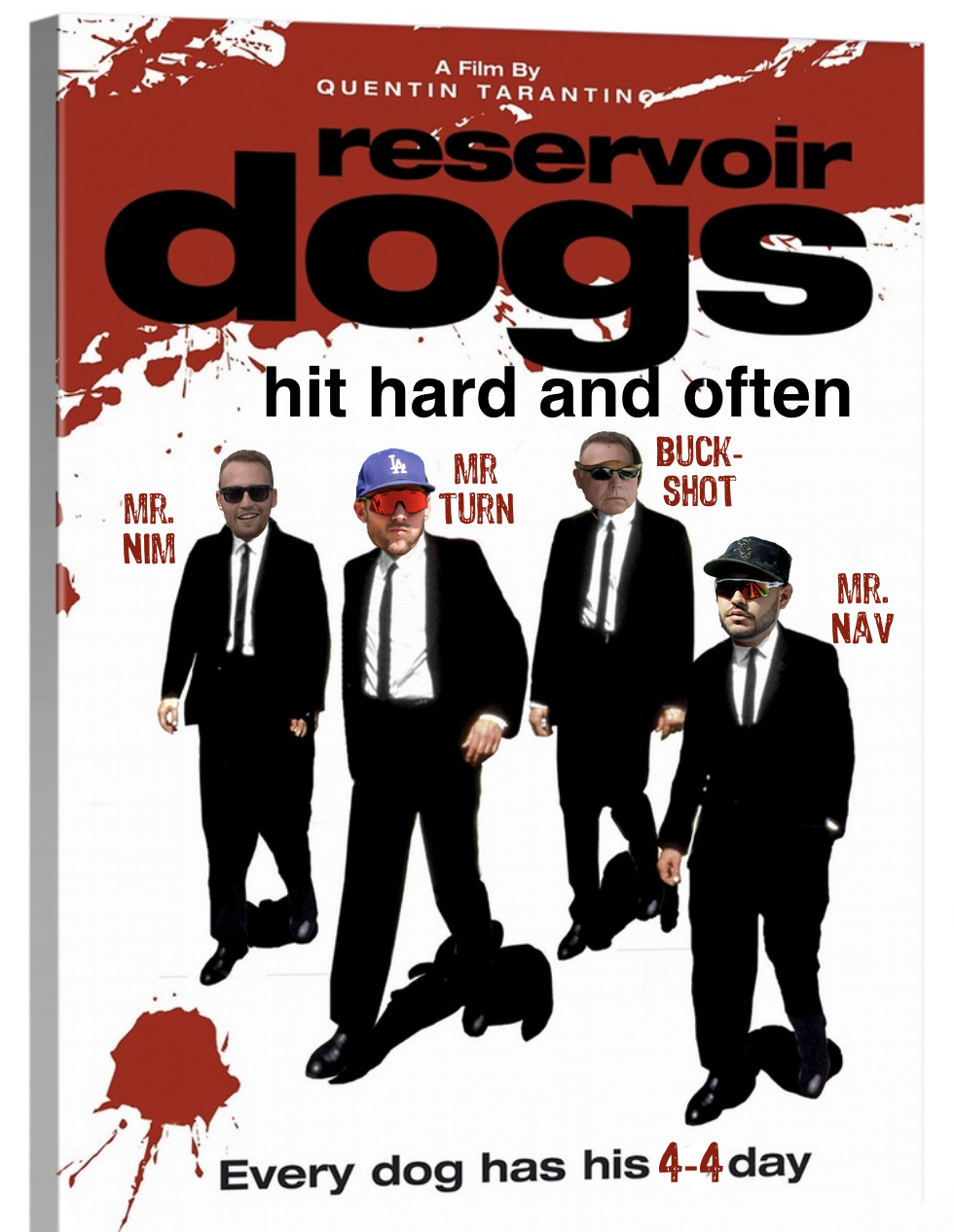 Now that I've sacrificed Starling Marte on the altar of pitching we need a star caliber replacement bat. 5/$110 (per fangraphs) to keep Brandon Nimmo around? Done. Since this is AAOP-land I can claim that Trea Turner (6 x $32m per fangraphs) will be happy to take our dough and camp in CF or RF depending on if his OF arm is a big upgrade over Canha and Nimmo. So the offense is essentially swapping Marte for Turner. Not a huge upgrade, if one at all, but we swap a 34 year-old for 29 year-old legs and the Mets were. a strong offense in 2022 - 3rd by wRC+/T-5th by runs scored.

I'm getting Francisco Alvarez 600 PAs between the DH and catching slots and trading James McCann along with $10m/year for a lottery ticket prospect. That makes McCann a $2.15m/year player. Someone ought to bite at that.

But since I also traded Nido to Milwaukee we're shy a catcher and Kevin Parada is not yet ready. Step right up Omar Narvaez at 2 x $8m. He's a lefty swinger who was 89th percentile in framing last season. His 71 wRC+ was far below his career 101 but only 3 points below Nido and an upgrade from McCann's 59. He's got dramatic career splits that feature a 106 wRC+ vs. righties and we'll limit his starts to the opposite hand matchup. He and Alvarez each catch 80-ish games.

Vogie is the primary DH, 3B is split between Eduardo Escobar & Brett Baty who also rotate into the DH/PH slots and the bench is filled out by Jake Mangum and Darin Ruf who I give 2 months to recover his hitting stroke. Sadly, we DFA Dom.

Between Canha, Nimmo, Turner, Mangum, McNeil and in an emergency Darin Ruf we've got plenty of coverage for the OF. Similarly, having Turner & McNeil as infield options, along with EE, Baty & Lindor we've also got tons of IF flexibility. Two terrific hitters who can swing between IF/OF gives Buck tons of lineup construction options. 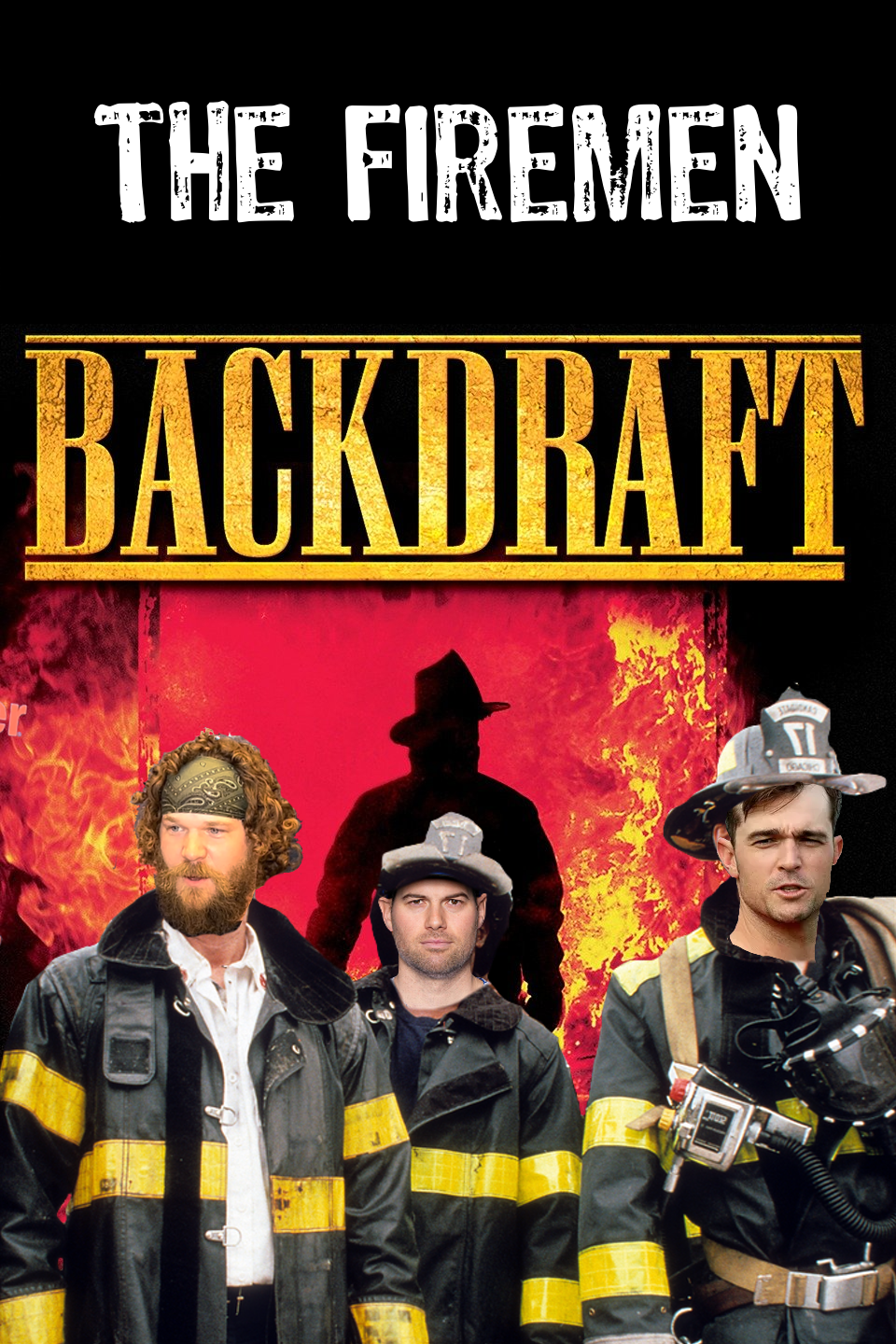 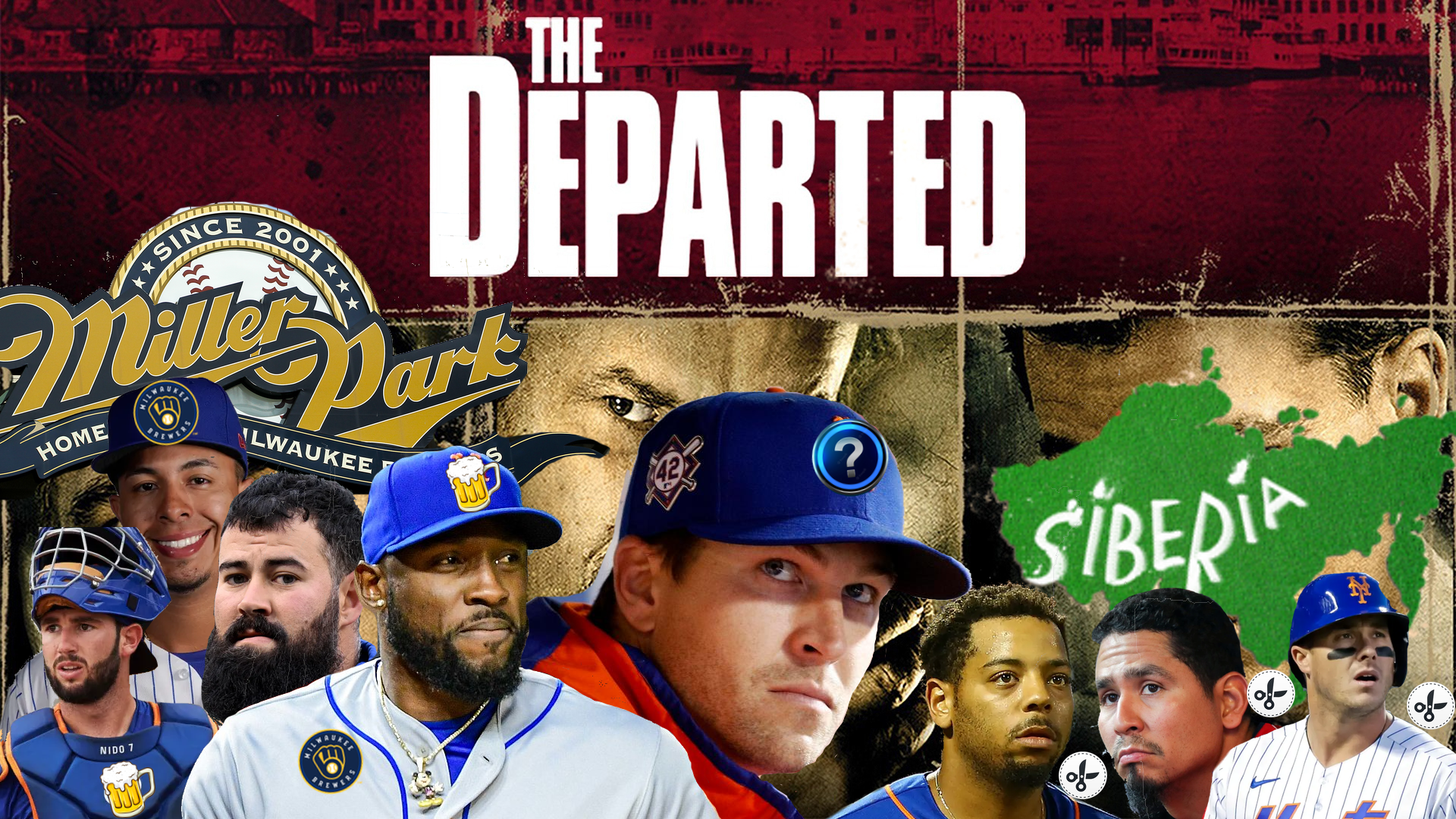 DFAs/QO's/Options: I will get back 4th round picks for offering QO's to Jake, Chris Bassitt and Tai Walker who I think will decline the QO, receive and accept the security of a 3 year offer for $13-14m/year. I'm passing on the Carrasco and Givens options

Signing QO guys. Both Turner and Rodon will receive QO's. Most recognize the penalty for a CBT violator is loss of 2nd and 5th round picks and $1m of the IFA pool for the first QO guy but it then looks as though the next QO guy costs you the 3rd and 6th rounders. So once you've decided to sign a QO guy, the hit on the second one is much softer than if you signed one guy in each of two successive off-seasons. The other mitigating dynamic is that even if the Mets were under the CBT, since they are not a revenue sharing recipient, signing a QO player would still cost them $500k of IFA pool money. So the IFA pool delta is actually $500k. Both Turner and Rodon ought to provide several years of above average production and I'm protecting all our other minor league assets except for Mark Vientos.

We lock ~$112m annually for the next five years to Lindor, Rodon, Nimmo & Turner and ~$132m if you add in Diaz. Now five years from now there will be a new CBA and presumably the CBT will increase but right now that's a pretty top-heavy roster. Fingers crossed that their current youth means these work out in the aggregate over the 5 year horizon.

As noted earlier, if the Brewers decide to rebuild the farm rather than compete then my Woodruff play goes poof ... 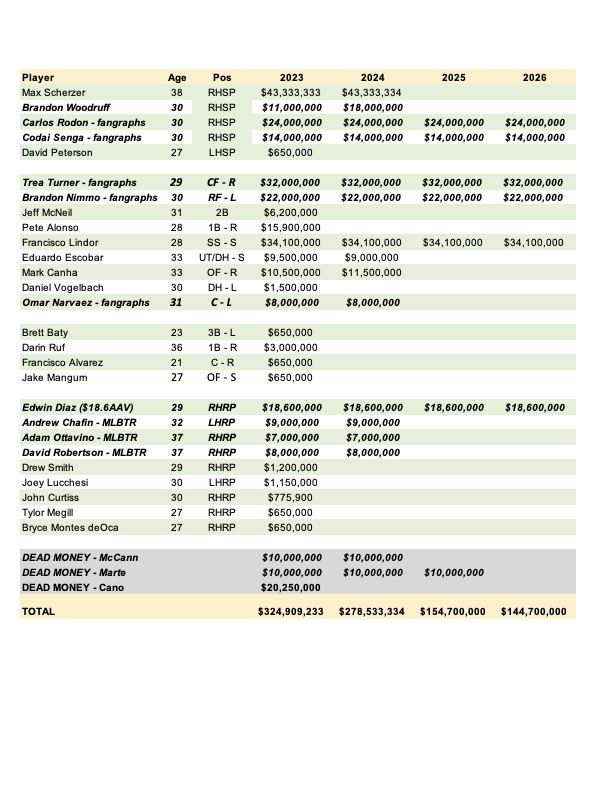