While the Mets have been one of the stars of "Player Acquisition Theater" in this unique stop and go off-season, they have also lost some valuable assets from a club that stumbled to a meager 77 wins. In other words, they need a ton of improvement to add the 10-13ish wins that will likely be needed to make the newly expanded post-season.

I sometimes find it useful to look at acquisitions in the context of who they replace. Is the new guy likely to be a net gain or loss compared to the talent they are replacing? That’s what this exercise is about.

A couple of notes:

So here we go. 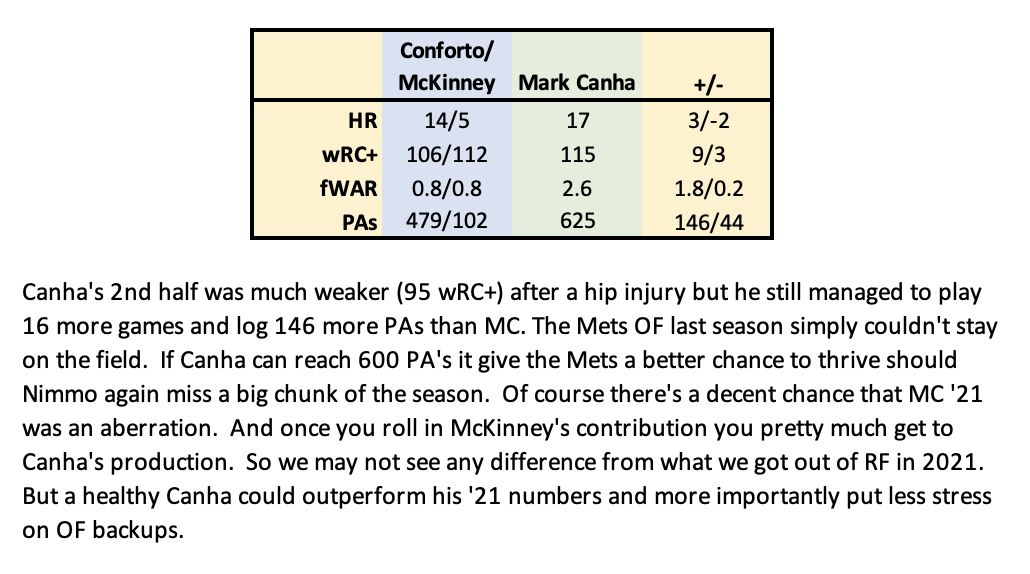 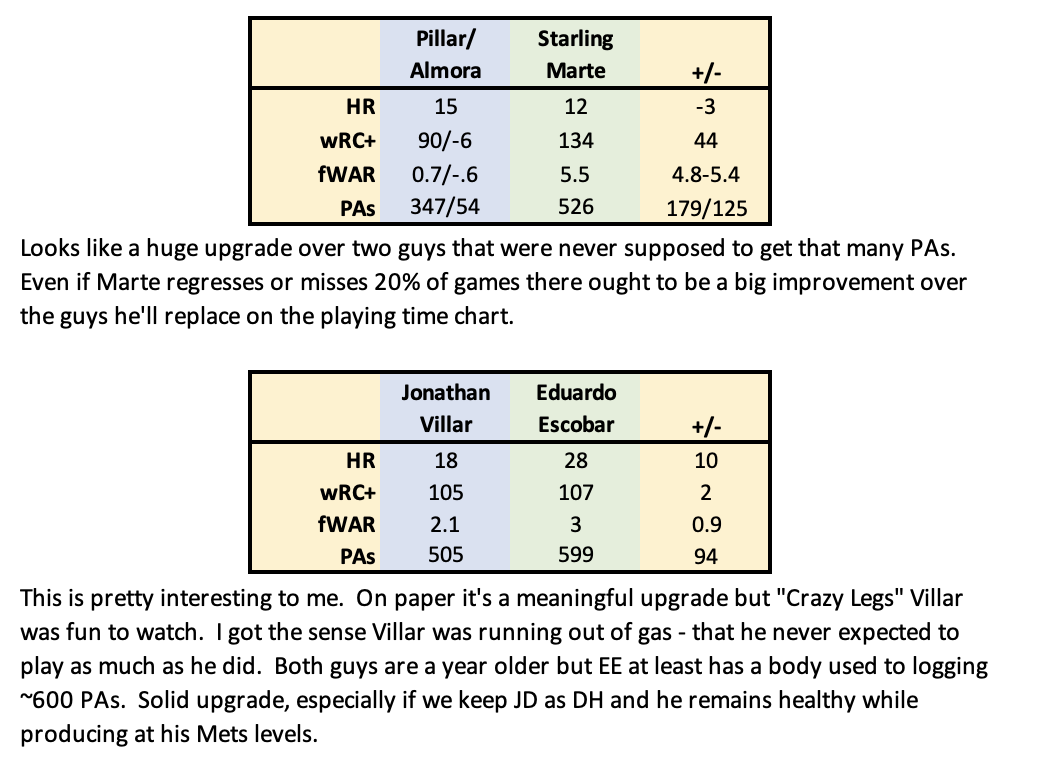 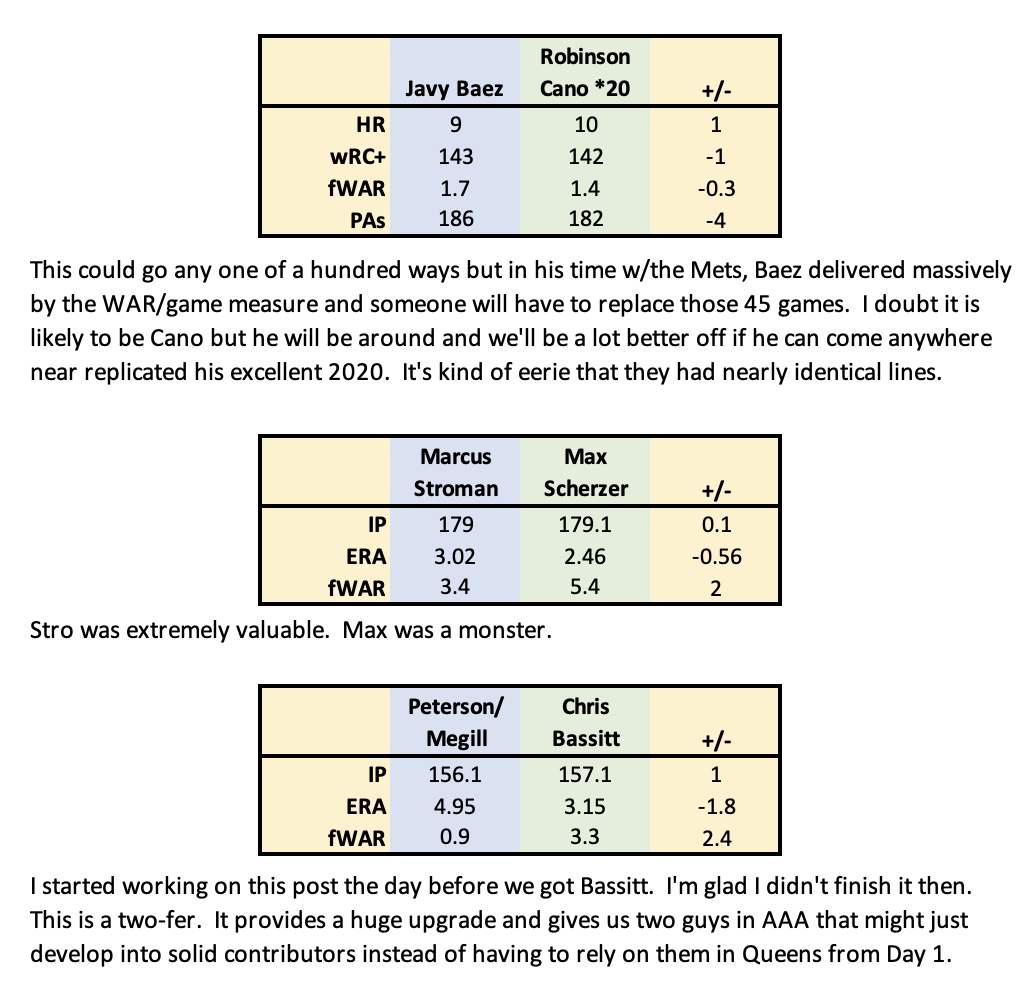 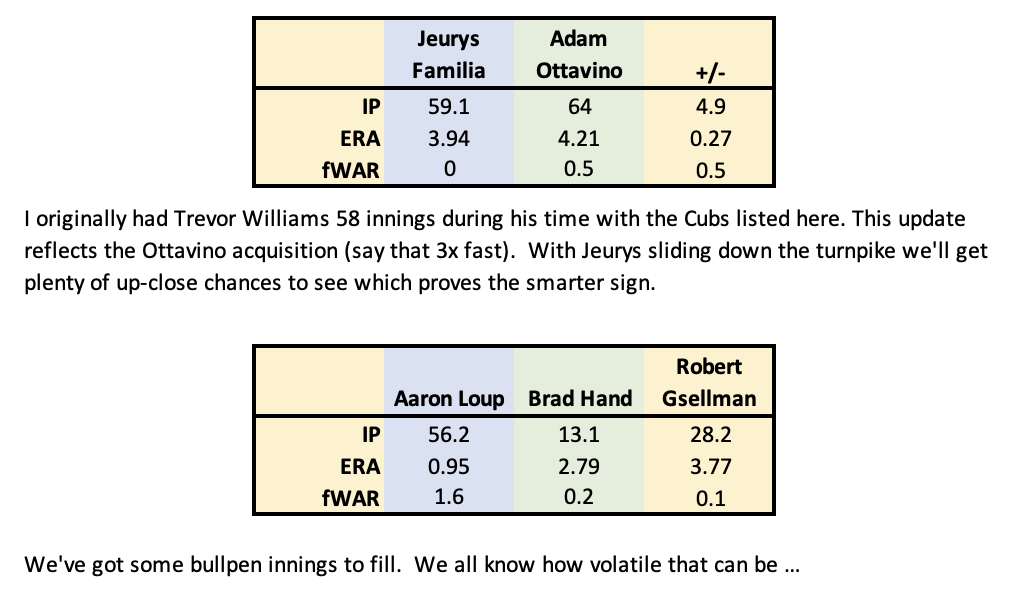 If each guy perfectly duplicated their 2021 performance - which of course would never happen - the Mets would see a gain of 10.1 fWAR compared to 2021 but would still need to replace about 2 wins in the bullpen to avoid backsliding on the 98 innings lost from Loup, Hand & Gsellman. So a 77 win club could jump to 87 under that scenario. Hmmm. Sounds like there's still alot of work to do. Though a healthy Jake and Cookie could transform that math. C'mon Billy-the-Kid give Buck-a-shot to hit that 90+ target. (Pun thread idea for you Stickguy)